In the words of art critic Gustave Geffrey, «Animal life had no secrets for the Japanese artists’ eye (…) they mastered the representation of birds in flight and winged insects, but also the progression of the tiniest creature clinging to a blade of grass, the smallest visible fragment of the immense whole. The living poetry the Japanese artists have contributed with their vision of the animal world is indeed an unrivalled gift. (…) Congratulations, Mr René Lalique, for having understood this lesson.»

The peacock was a favourite among the animals Lalique chose to represent both in his jewellery and glass creations. A major symbol in Buddhist and Shintoist mythology and an emblematic animal for the Art Nouveau movement, Lalique chose the peacock for its majestic bearing and the fabulous design of its feathers. He used it to adorn jewellery, powder boxes and other decorative objects. The tail feathers of the two peacocks that crown this lamp are particularly striking, and the eyes in the feathers seem to glow.

By the way: The Two peacocks night light is on the poster of the 2017 exhibition: Back to the sources - the World that inspired Lalique. 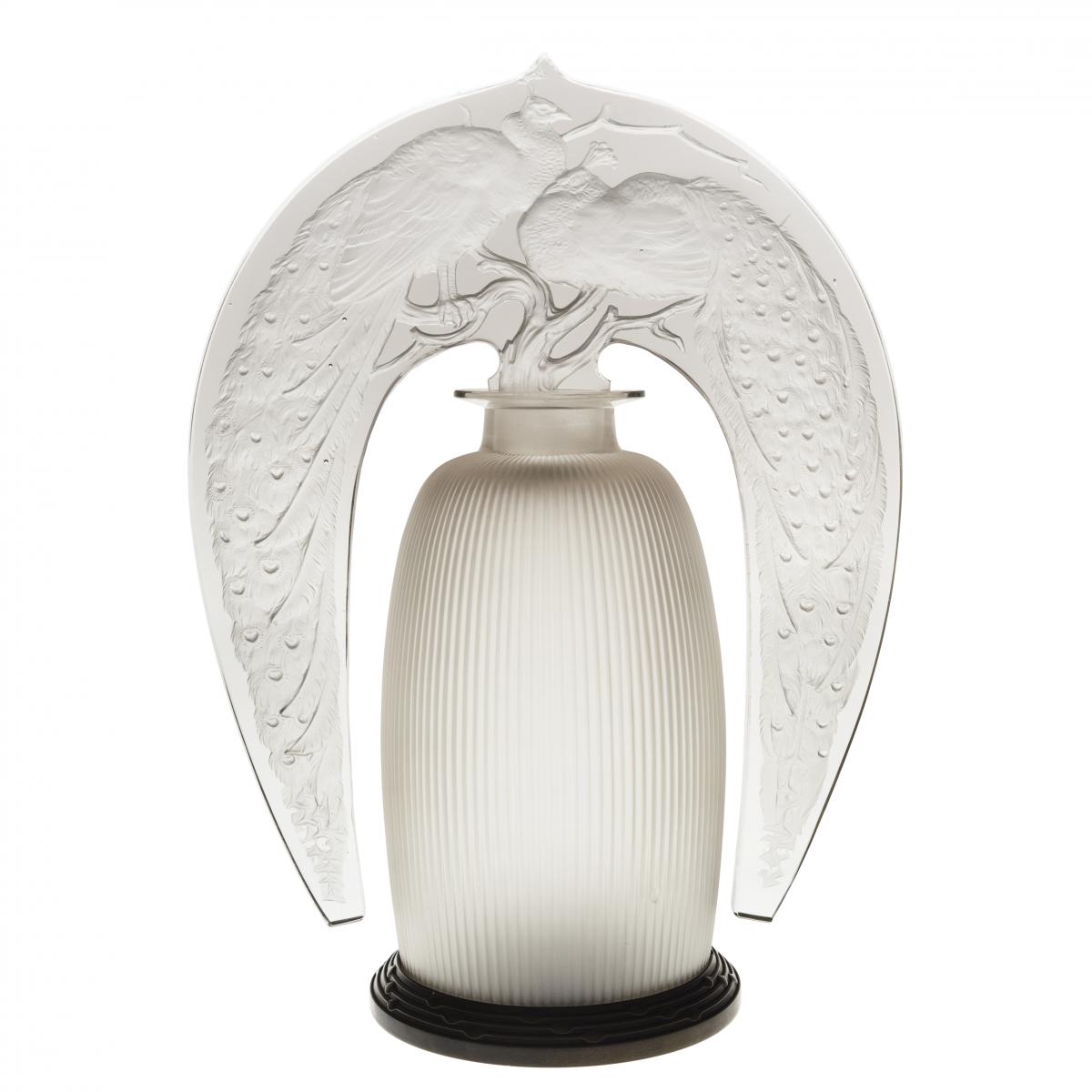