Roger & Gallet was established in 1862. Two sisters inherited the original Eau de Cologne formula from Jean-Marie Farina, who created the famous toilet water. Their husbands, Armand Roger and Charles Gallet, together created the perfumery that bore their names. At the beginning of the 20th century, Roger & Gallet commissioned René Lalique to design a dozen perfume bottles, and other promotional items such as brochures.

Cigalia was the first bottle Lalique designed for Roger & Gallet. The name was patented in October 1910 and the perfume launched in the run-up to Christmas of the same year.

Cicadas are moulded in relief on the edges of the bottle in perfect symmetry. Their wings are exaggeratedly long, so they cover the full length of the bottle. The stopper is in the shape of a leaf. All the decorative elements are produced with a negative mould and have a patina.

The box is made of cardboard and features the two cicadas face to face around the central panel bearing the name « Cigalia Roger et Gallet Paris ».

By the way: The bottle also exists in emerald green and in a miniature version. There is a powder box and a bottle of lotion with the same design. 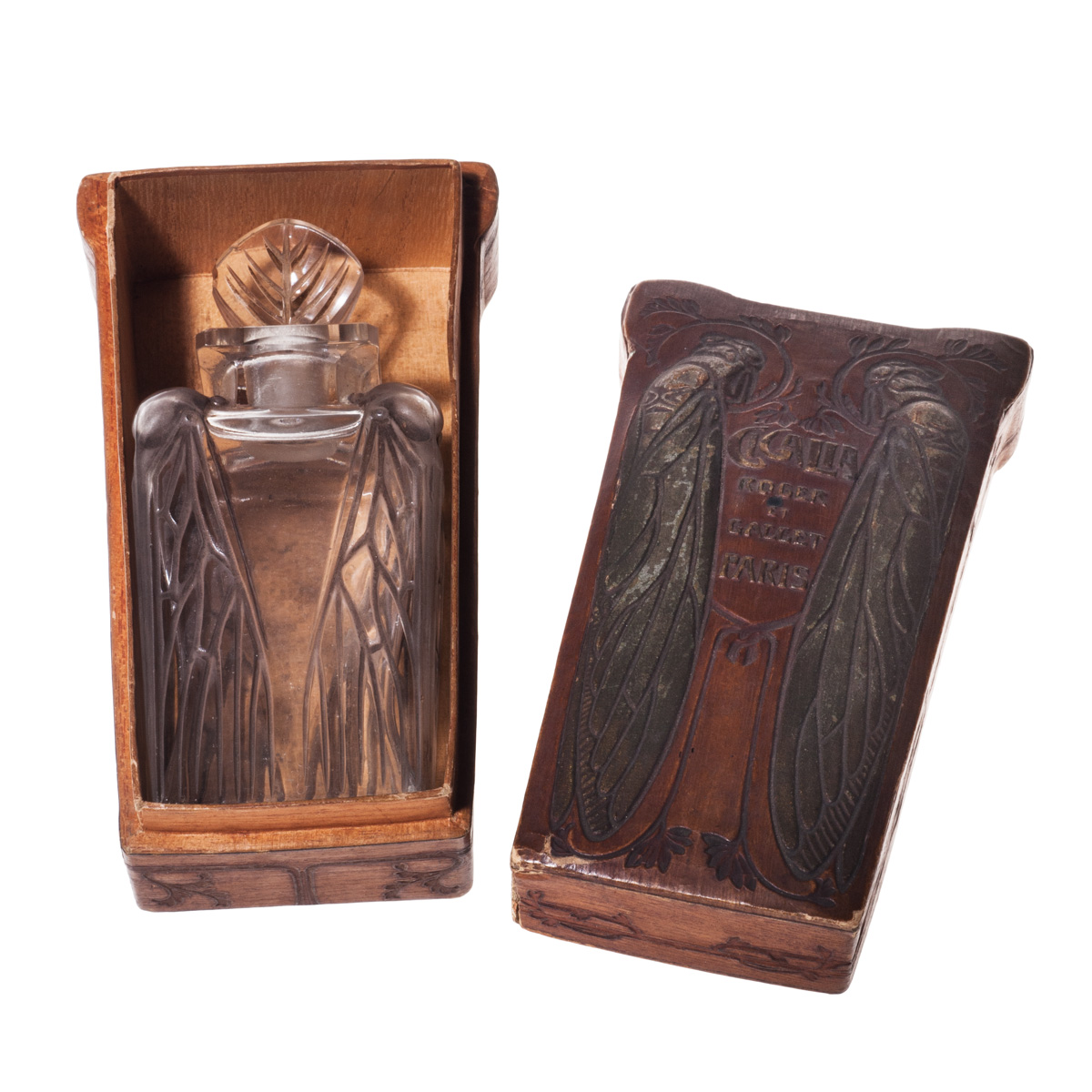