The Universal Exhibition in Paris in 1900 is often regarded as the peak of René Lalique’s career in the world of jewellery. In 1895, jewellery was becoming an art form in its own right and Lalique presented his works at the Salon of the Society of French Artists. He renewed both the materials he employed (using enamel, horn, ivory and glass) and the motifs he represented, the female form in particular, which was at times transformed into a creature of myth.
For his stand in the Jewellers Pavilion, he created six bronze statues that formed a balustrade. Ethereal and graceful, these Wingèd Women are ornaments as much as they are showcases of Lalique art.

By the way: This piece was bought for a private collection in 2013 but the buyer chose to loan it to the museum so that it could be seen by a greater number of people. 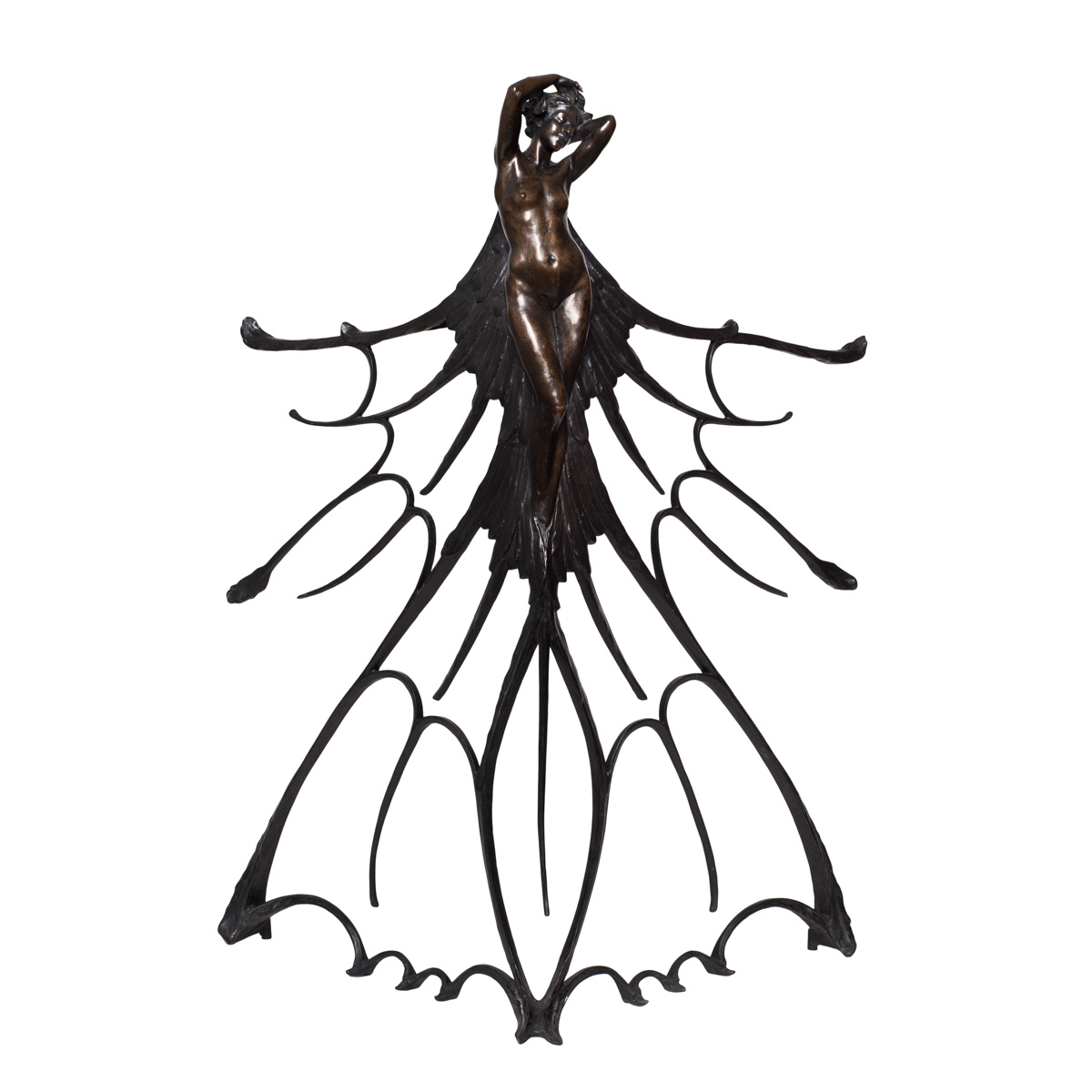