Between the 2nd and 6th of June 1914, the City of Paris invited the representatives of a number of foreign cities with which it enjoyed friendly relations, including the Cities of London, Westminster, St Petersburg, Moscow, Madrid, Toledo, Grenada, Gent, Liège, the Hague and Amsterdam. René Lalique created 20 glasses for the occasion, bearing the motto of the City of Paris « Fluctuat nec mergitur » (She is tossed by the waves but does not sink) and its coat of arms, featuring a sailing ship, the symbol of the powerful "water merchants" corporation.

One of the four escutcheons on the foot of each glass bore the coat of arms of the city of the delegate to which it was destined. The glass on show at the Lalique Museum was presented to the City of Amsterdam.

By the way:  An article published in the Supplément du Bulletin municipal officiel dated 6 July1914 stated: « The heads of the foreign delegations were able to make their individual toasts using the glass – made by master glassmaker René Lalique – presented to them by the City of Paris." 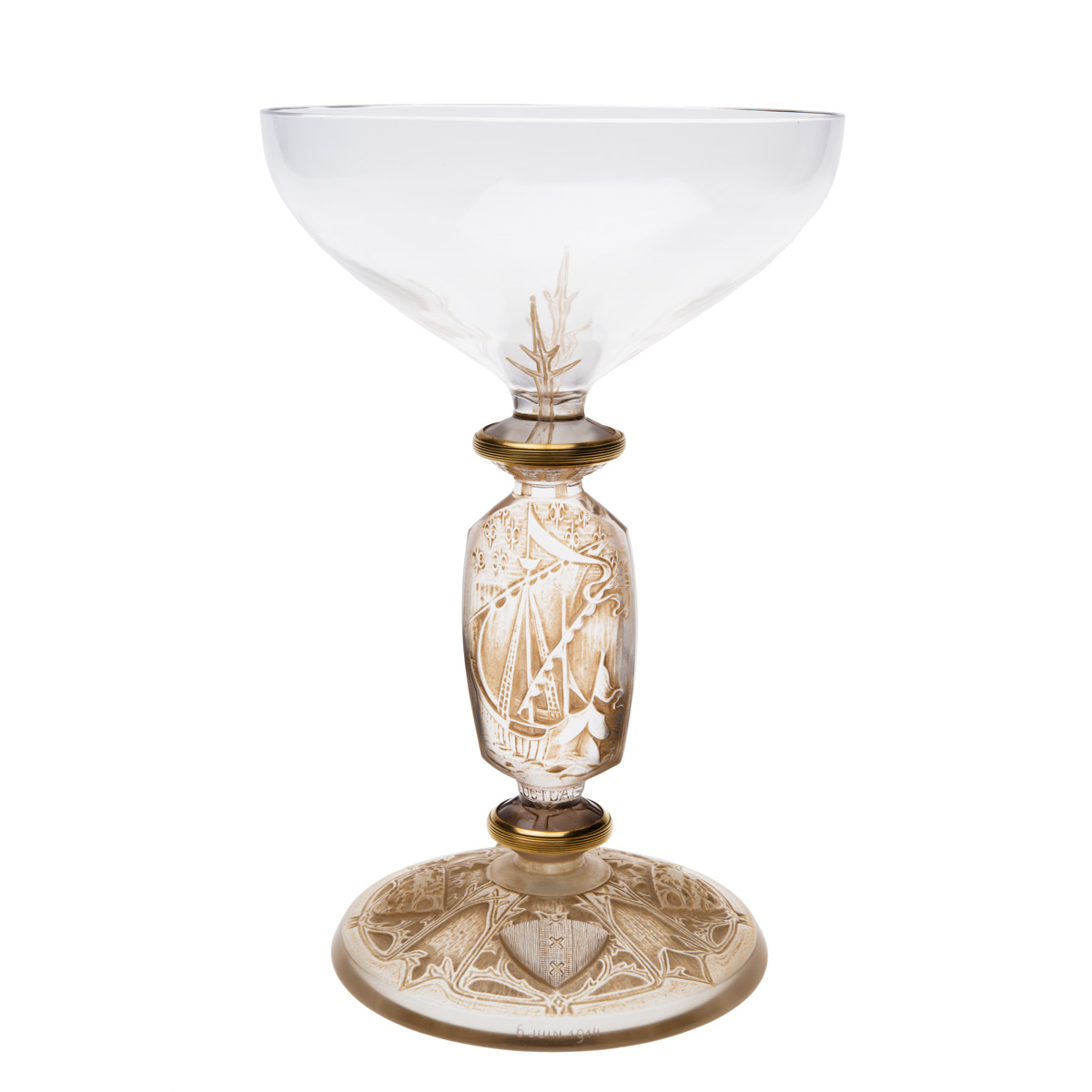