2018 marks the centenary of the armistice of the First World War, signed on 11 November 1918. In 1928, René Lalique chose to celebrate the 10th anniversary of the armistice with a car mascot called Victoire, destined to adorn the bonnets of the finest luxury motorcars of the Roaring Twenties.

Also called Spirit of the Wind, the design is Art Deco, and the stylised hair of an adrogynous figure is blown back by the wind, demonstrating the powerful effect of speed.

By the way: For safety reasons, glass car mascots were gradually phased out through the 1930s, and René Lalique transformed these figureheads into statuettes with a base thanks to which they could serve as paper weights or bookends. 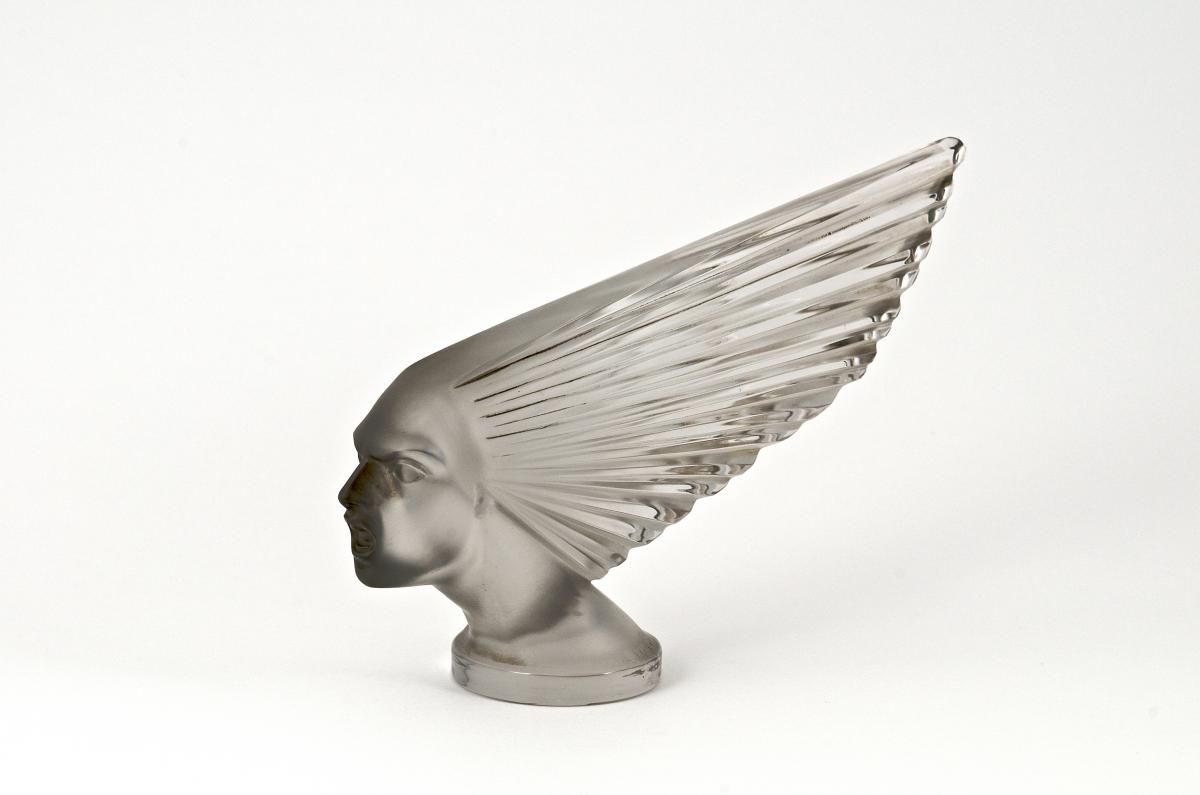