Dragonfly women, elves, sylphids, nymphs and naiads populate the imagination of René Lalique the jeweller, inspired by the bucolic countryside of his childhood with its omnipresent lakes and streams and dreamlike atmosphere. Hybrid creatures hovering between two realms, their elegant curves were equally fascinating for Lalique the master glassmaker.
Sirens were originally half-bird, half-woman, and have fascinated men since ancient times. They attracted sailors by their beauty and sweet, melodious song, before killing and devouring them. Originally symbols of lust, it was not until the publication of Andersen’s tale in 1835 that the mermaid become a romantic heroine in search of love.
The mermaids of Lalique’s glass pieces frequently have long, flowing hair and tail, swimming through a cloud of tiny bubbles representing their breath in the water. The gracious nymphs of his Art Nouveau period became progressively more stylised with the advent of Art Deco. The naiads on the Nadica vase dance two by two, their legs twining into fish tail handles. They shape the vase with their roundness. 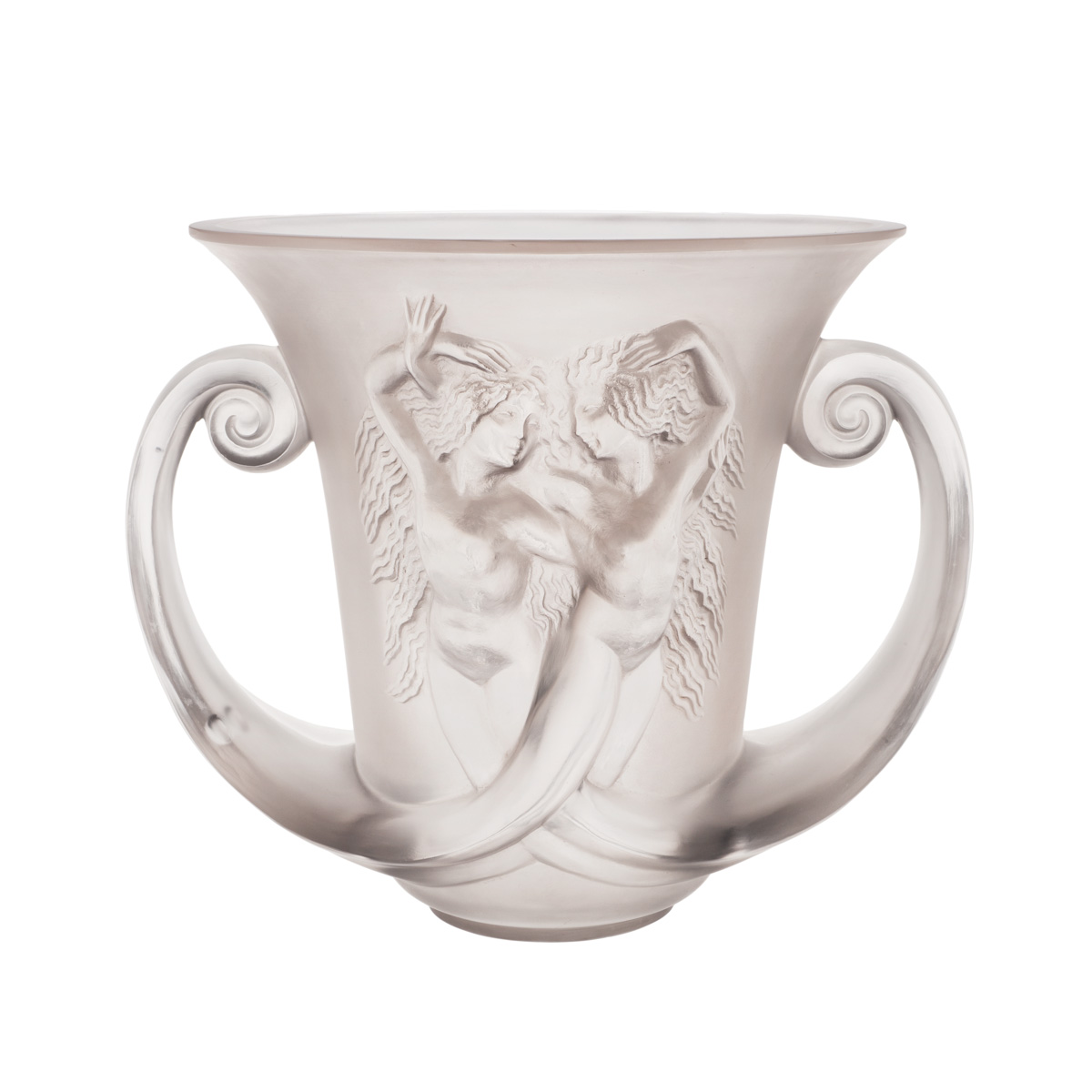