René Lalique
Model created in 1923, from a drawing by Suzanne Lalique-Haviland
Mould-blown glass
Property of the Lalique Museum, acquired with the support of the Fonds régional d’acquisition pour les musées (the French State/Conseil régional d’Alsace) and the Conseil général du Bas-Rhin

The Scarabée vase, featuring large beetles on its belly, was a joint creation by René Lalique and his daughter Suzanne. Lalique frequently called upon his daughter’s talent and innovative ideas. The superposition of the insects’ legs and the way they are placed facing in different directions gives the impression the creatures are literally swarming over the vase. René had already used the beetle motif on jewellery and perfume bottles, but Suzanne chose to represent the creature in a more stylised, Art Deco version - particularly the shell - while the detail of the insects’ legs is more realistic.

The vase exists in other colours, such as blue and green, which evoke the iridescence of the beetle’s shell in the sunlight.

By the way: Father and daughter clearly shared a fascination for these members of the Coleoptera family. We know that Suzanne Lalique had studied the beetle for a series of gouaches produced in 1911 and 1912, and destined to be reproduced on textiles. 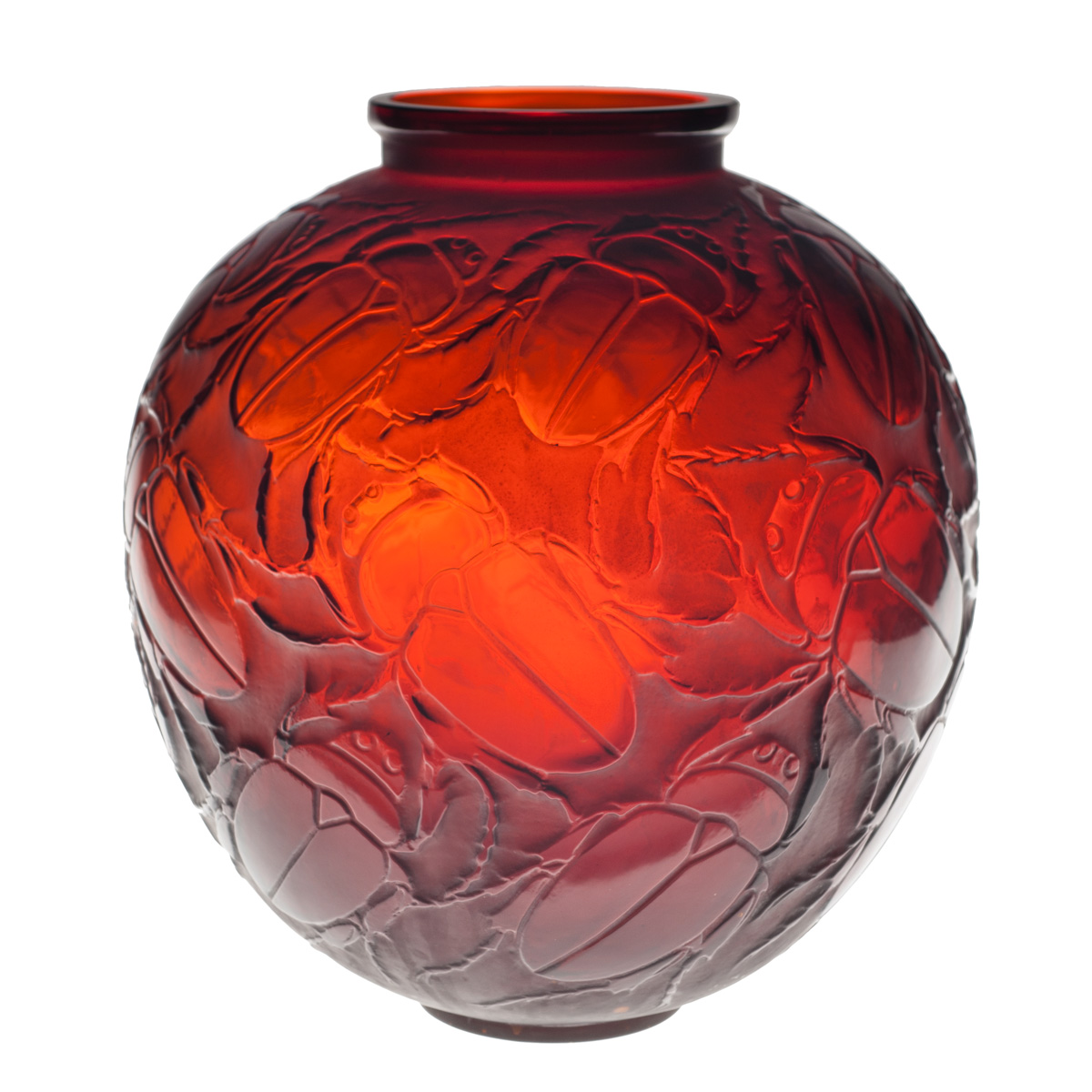