The father and daughter partnership was a recurrent theme in the Lalique family. Just as Suzanne had done with René, so Marie-Claude worked together with her father, Marc, the son of the famous glassmaker. Brought up in the family tradition. she quite naturally chose to continue in the steps of her grandfather and father She too found inspiration in nature, and inherited her love of colour from René. She frequently associated clear and coloured crystal. This is one such example, with a mauve flower motif applied to the vase’s clear crystal bowl. She would sometimes produce a piece in a variety of colours: the flower on the Atossa vase also exists in an amber version, for example. It was a very popular piece, and was also adapted as a lamp base.

By the way: bush vetch, also known as Vicia sepium (and sometimes called Atossa sepium), is a climbing plant with violet flowers. Yet its flower does not resemble the one featured on the Atossa vase, which is more reminiscent of a hollyhock. 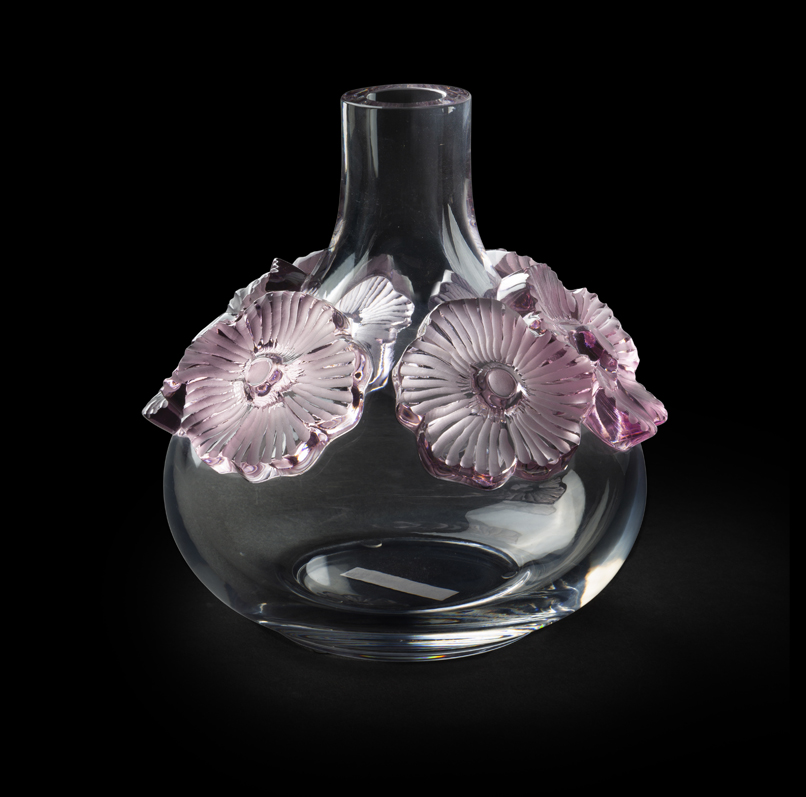