The sphinx is a hybrid creature from Greek mythology, part woman and part winged lion. She was said to guard the entrance to the city of Thebes and devour travellers who could not answer her riddle: « What creature walks on four feet in the morning, two feet at noon and three feet in the evening? » Œdipus gave the correct answer: "Man". "In childhood, he crawls on hands and knees, as an adult, he walks on two feet, then in old age, he walks with a stick".

The sphinx inspired many artists in the second half of the 19th century, such as Jean-Dominique-Auguste Ingres, Gustave Moreau and Auguste Rodin. They generally represented Œdipus with a beautiful young man. René Lalique chose to depict him with a chimera. A number of Lalique's jewellery pieces depicted hybrid creatures, part female and part animal.

This small brooch (35 x 35 mm) illustrates the terrestrial nature of the sphinx with its claws dug into the earth, yet the creature is also reaching upwards to the sky. The skyward movement of the bust is enhanced by the open wings that stand out on the enamel background.

By the way: René Lalique produced a number of pieces of jewellery featuring the sphinx, but with a variety of finishes. 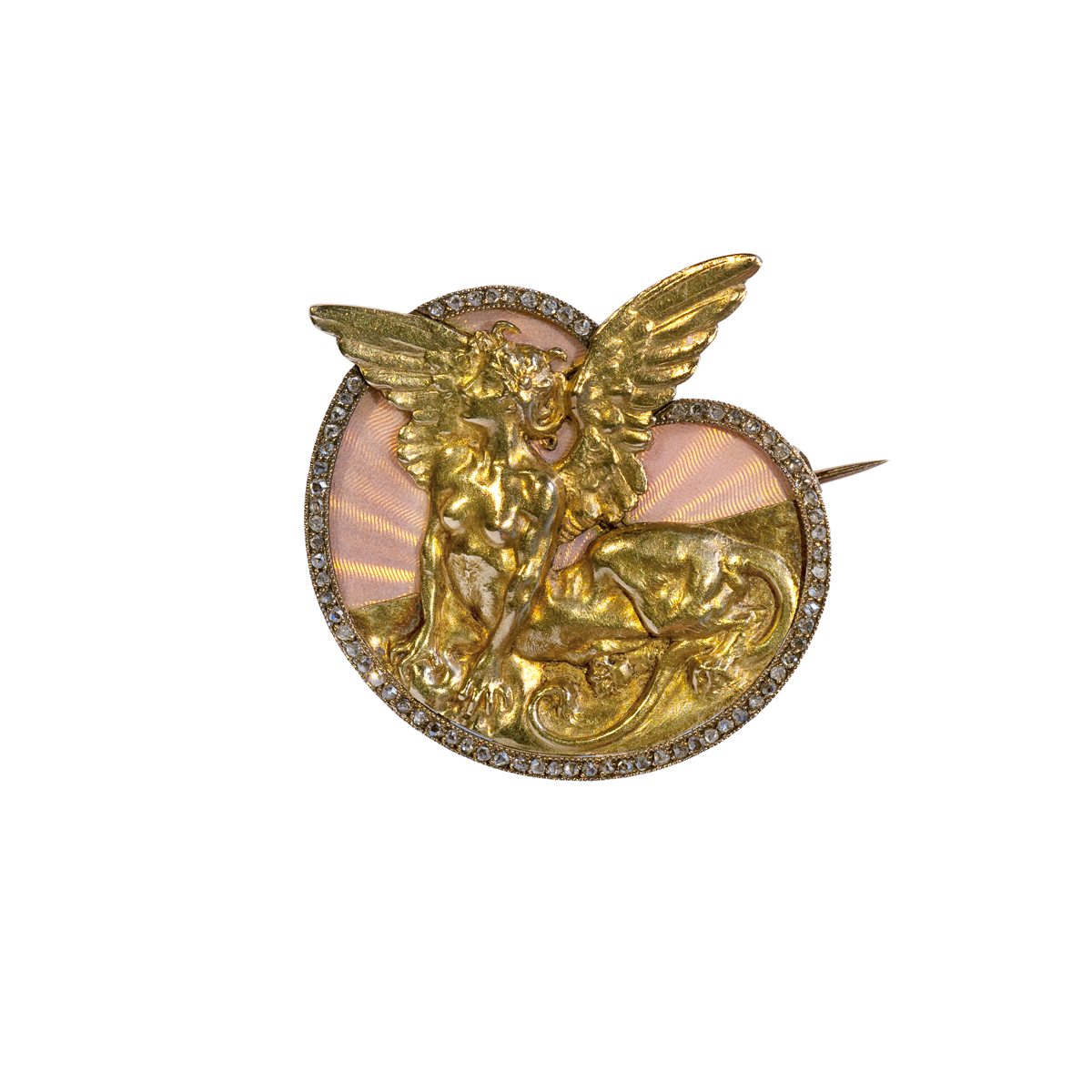