The Exposition internationale des Arts décoratifs et industriels modernes was held in Paris in 1925. A major figure at the event, René Lalique exhibited a 15-metre high luminous glass fountain that the French novelist Colette described as « marvellous ». Symbolising the springs, streams and rivers of France, the fountain consisted of seventeen stages, and featured a hundred and twenty eight caryatids. The female figure featured here is one of sixteen different models designed to embellish the fountain, each one originally produced as a series of eight. Every aspect of the fountain was designed to represent and symbolise an aspect of the aquatic world. Clytie is featured holding a plant resembling a water lily. Her hair and body both appear to flow with the fluidity of water.

In a desire to save the fountain from demolition, René Lalique offered to donate it to the City of Paris. But the city officials saw such an exuberant sculpture as an inappropriate presence in the vicinity of the Invalides, a particularly severe Parisian monument. Given the heavy cost involved in the creation, installation and dismantling of the fountain, totalling around 100 000 francs, René Lalique decided to conserve the statuettes and sell them in his store. The success was such that he had to re-edit the caryatids in order to satisfy the demand.

By the way: In Greek mythology, Clytie was an Oceanid, the daughter of Oceanus and Tethys. Rejected by the sun-god Helios, she was turned into a sunflower, destined to eternally turn her head towards her loved-one. 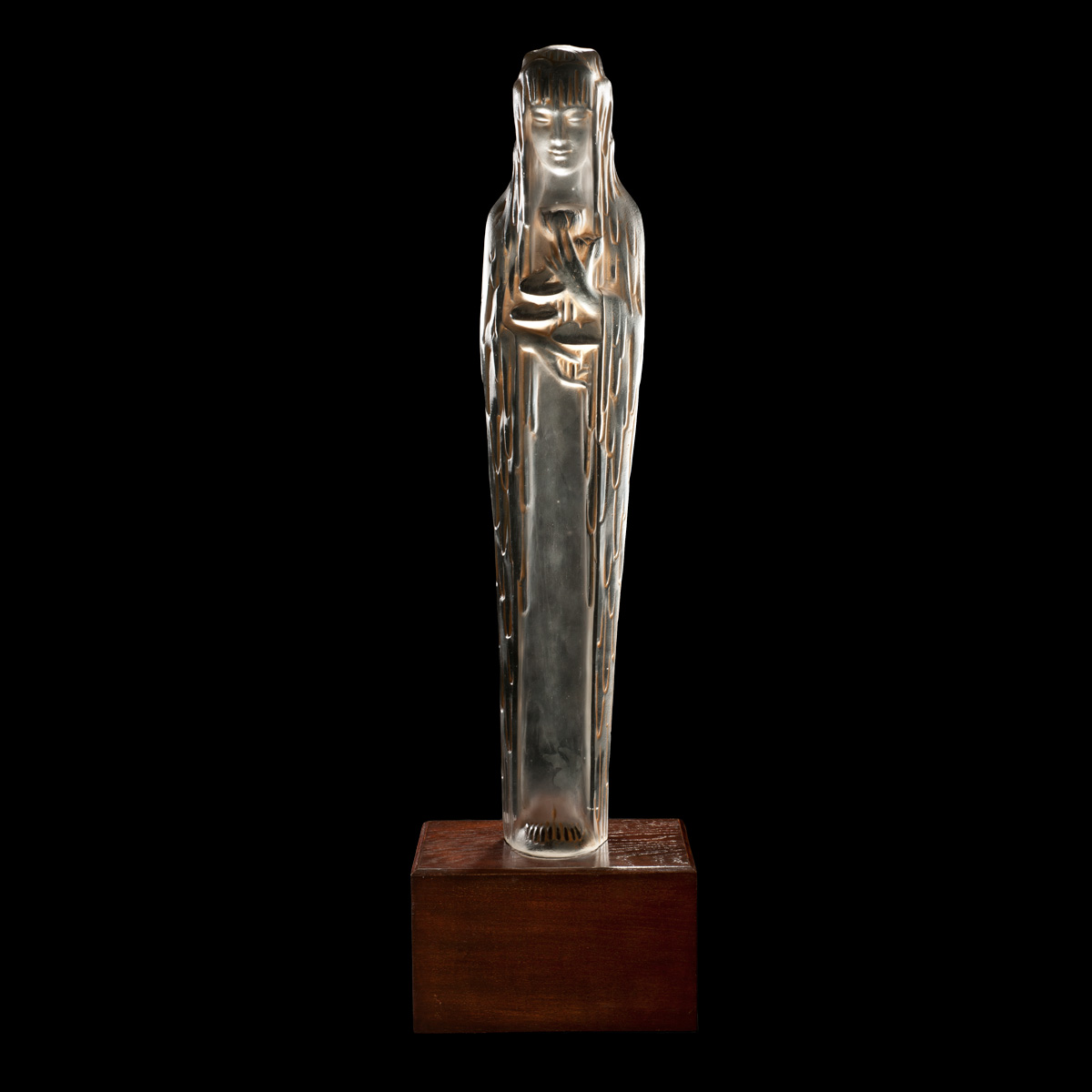