It took two years of intense exchanges with the artisans of the Lalique manufactory before the vases emerged from the Wingen-sur-Morder furnaces. Nine figures carved in full relief, Rodgers’ insolent, hyperrealist Sirens reinterpret the dance of the Bacchantes, the legendary vase that René Lalique, the founder of the house, created in 1927.

In an approach similar to the one he takes in his paintings, Rodgers uses photos of models posing naked in his workshop in Columbus, Ohio. He applies collage and montage techniques to evaluate proportion, movement and positioning with a view to creating a plastiline model. Nine months was required to finish the template that was later used to create the moulds.The artist tells us, “I spent a week at the factory, focusing on the details of the plaster mould – the eyes, the slenderness of the legs, the movement of the fingers”. Once a crystal piece has been made using the so-called lost wax technique, it is reworked using a cold working process to ensure that it respects the intentions of the artist. Limited editions – green, midnight blue, black, and purple – are decorated with platinum. 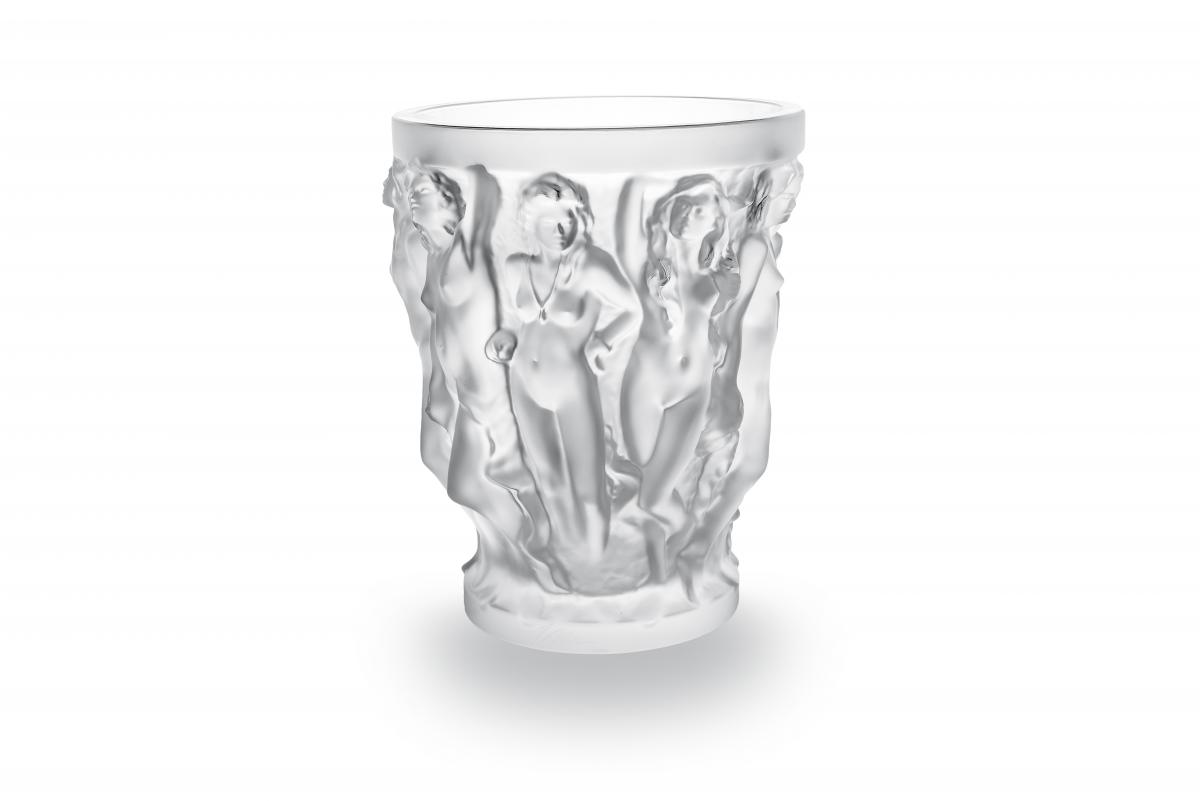