Various methods may be used in the production of glassware, including the lost wax technique, which is both lengthy and costly, and used only for limited editions. The pressed and mould-blown glass techniques were used for larger scale, industrial glass productions.

In the early days of his career, René Lalique favoured the lost wax technique, until 1909, when he hired the Combs-la-Ville glassworks and began to develop industrial scale production.  Up until 1933, Lalique nonetheless continued to use lost wax for certain exceptional pieces.

This elaborate technique could produce the most striking motifs and intricate detail, to the extent that the artisan's fingerprints were sometimes visible on the glass.

This piece features seven roses in high relief at the neck of the vase, and their fine, thorny stems. A patina finish enhances the detail even further.

By the way:  tradition generally has it that roses be given in odd numbers, so the bouquet on the vase is in keeping with custom. The flowers may be seen as a mise en abyme, with the bouquet forming a vase destined to receive other roses. 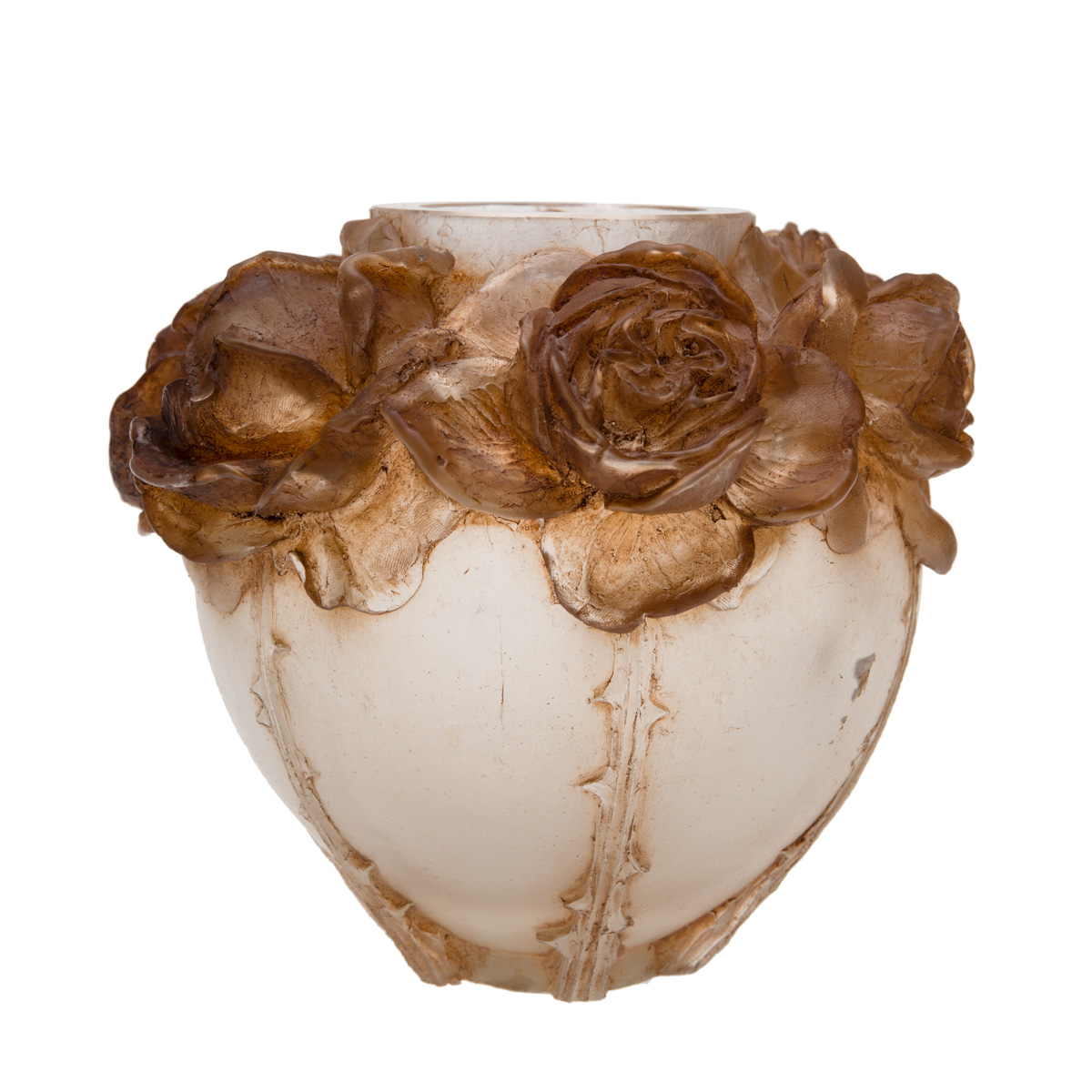