René Lalique designed the Mouettes (Seagulls) dinner service in 1938. Alongside the Caravelle centrepiece, candelabra and plates, the service had four different types of glasses: water glasses, Bordeaux wine glasses, madeira and champagne glasses. The glass is transparent but the seagulls are moulded into the glass and given a satin finish that accentuates the relief effect.

As with other Lalique designs, René used a single mould for the stems of the different glasses - the shape and size of the bowl varied according to the function of the glass, but all had the same stem - an ingenious idea that meant lower production costs and labour time, all of which improved productivity.

By the way: the seagull motifs are particularly exquisite, no doubt because the service was a limited edition, commissioned by the City of Paris as a gift for the British sovereigns George the VI and Queen Elizabeth, the parents of Elizabeth II, on the occasion of the royal couple's official visit to France in 1938. 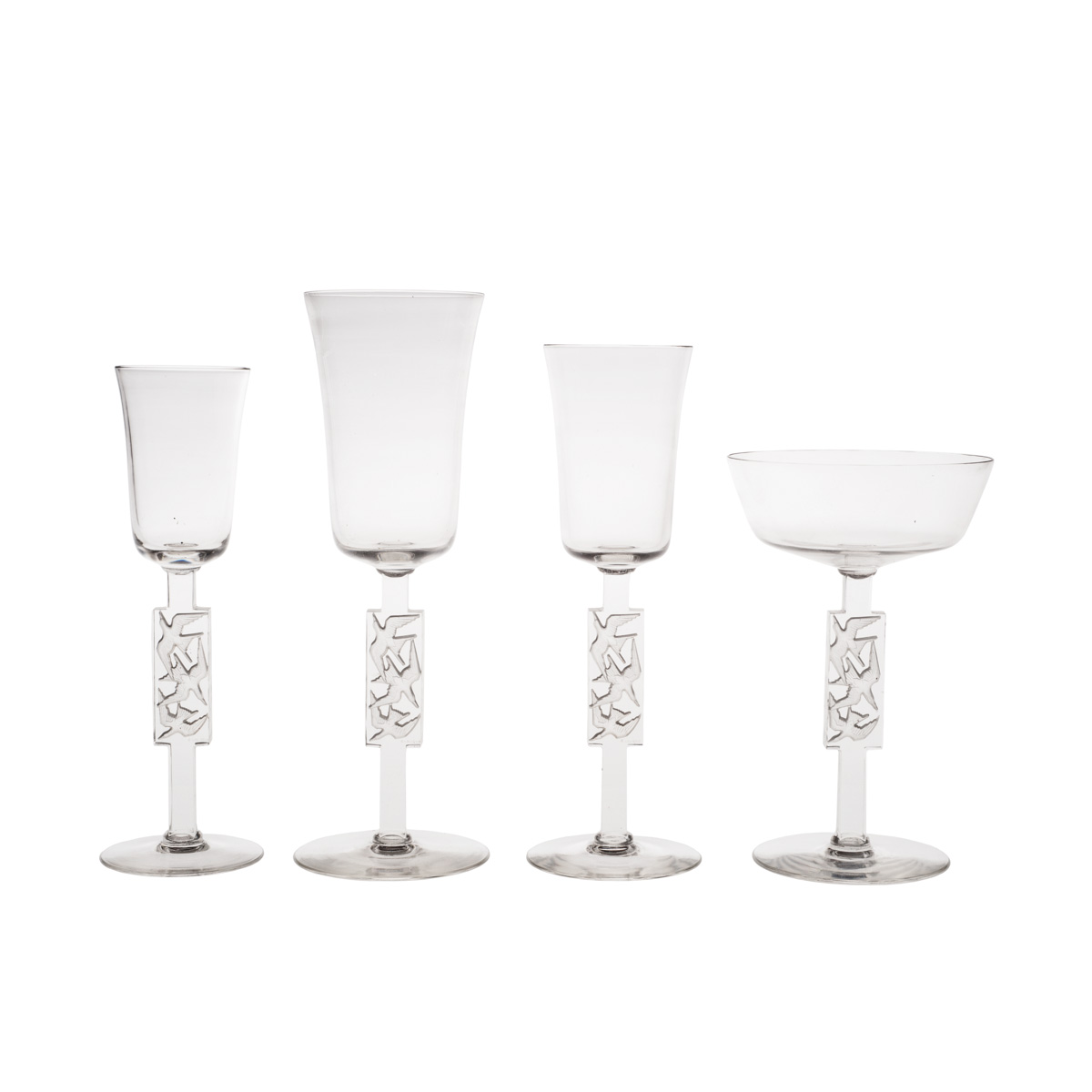