In 1810, Nicolas Schlumberger bought twenty hectares of vines in Guebwiller, and by the end of the 19th century the property had doubled in size, to cover forty hectares. Following the ravages of phylloxera and the First World War, the vineyard was seriously neglected until Ernest Schlumberger took it upon himself to restore it to its former glory. Once production was flourishing again, Ernest Schlumberger ordered a customised decanter and wineglass from René Lalique. The artist chose a vine motif and added the Schlumberger coat of arms featuring an Albanian hat (the emblem of Guebwiller), three stars and a dog. The family emblem was engraved on the bowl of the glass and the stopper of the decanter.

This example reminds us that René Lalique also produced special commissions for corporate clients such as the Clos Saint-Odile and the Compagnie générale Transatlantique. But from 1937 this decanter and glass were also available to the general public as the Cep (vine stock) wine service, without the coat of arms and with glasses in various sizes. René Lalique thus chose to turn a customised product into a regular line for general sale. Individual clients could also choose to have pieces customised to order - as is the case with the Monogramme service, which you can see featured as another « piece of the month ».

By the way: the Schlumberger wine domains still exist, and now cover a hundred and thirty hectares. 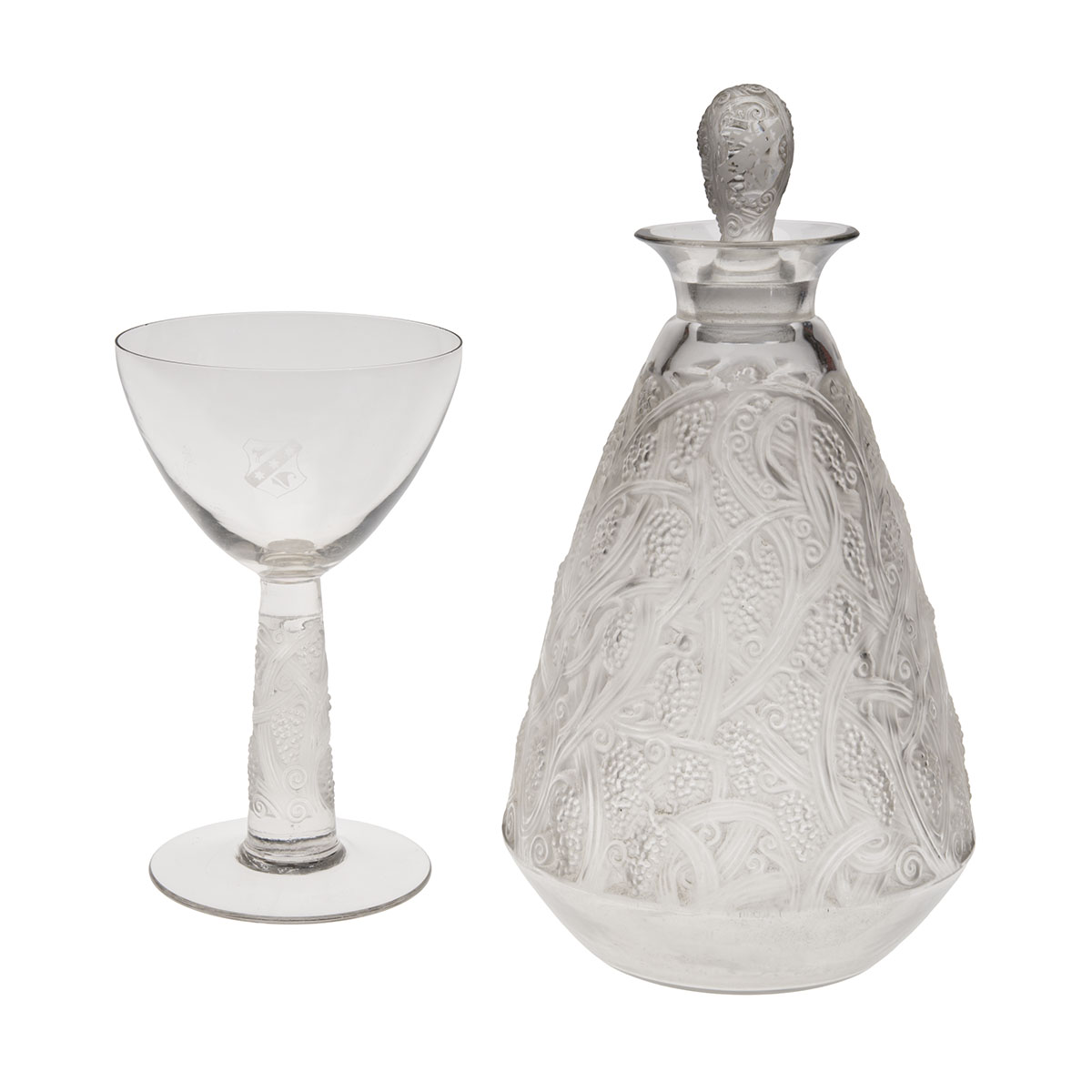