Around the year 1914, René Lalique designed a bottle for the French perfume house, d'Orsay. The exclusive flacon, for the Roses d'Orsay fragrance, was spherical in shape, with distinctive fine lines. The stopper represented a statuette dressed in ancient Greek fashion - a pleated dress adorned with flowers.

The bottle is a perfect illustration of a principle that can be seen in much of René Lalique's glassware, i.e. that in addition to its utilitarian function, the bottle stopper becomes an artwork in its own right. The size of the Roses d'Orsay stopper is an additional reminder of its importance for Lalique: it is almost as tall as the bottle itself.

By the way:  while this model was exclusive to d'Orsay, René Lalique produced a similar version with the same stopper, but a simpler bottle, made of plain glass with more discreet ornamentation around the neck. 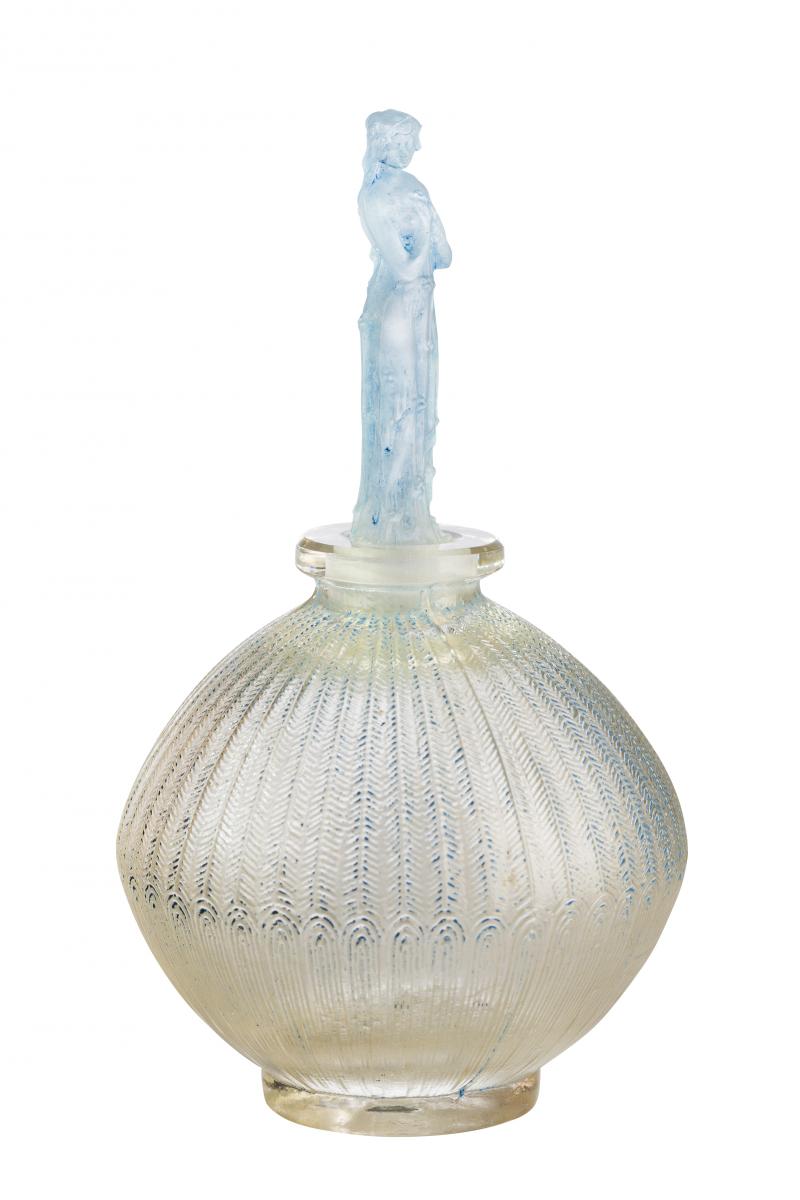