René Lalique began his career as a draughtsman, before going on to become a master jeweller. The sketch is the first stage in the creative process, enabling the artist to organise and coordinate the lines of his inspiration to produce an image that will be reproduced in three dimensions. A piece of jewellery always begins with a drawing.

This preliminary sketch for the Butterfly woman, spread wings pendant shows the graphite pencil lines that construct the shape - the contours and veins of the wings are then drawn over in Indian ink, before the final sketch is finished with gouache and water colours.

Thanks to René Lalique's sharp eye for detail and remarkable gift for drawing, he was able to produce in two dimensions a perfect rendering of the future piece of jewellery in terms of materials, colour and depth. Here, the naked fairy-like female figure spreads her wings in place of arms, and her lower limbs flow gracefully.

By the way: Hybrid female figures were a frequent feature in René Lalique's work, both in his jewellery and his glass creations. The various models were constructed on a similar pattern: the female figure has the wings of an insect, and her legs are folded to one side in the prolongation of her body or blend into a mermaid-style tail, as in the Dragonfly woman, spread wings pendant 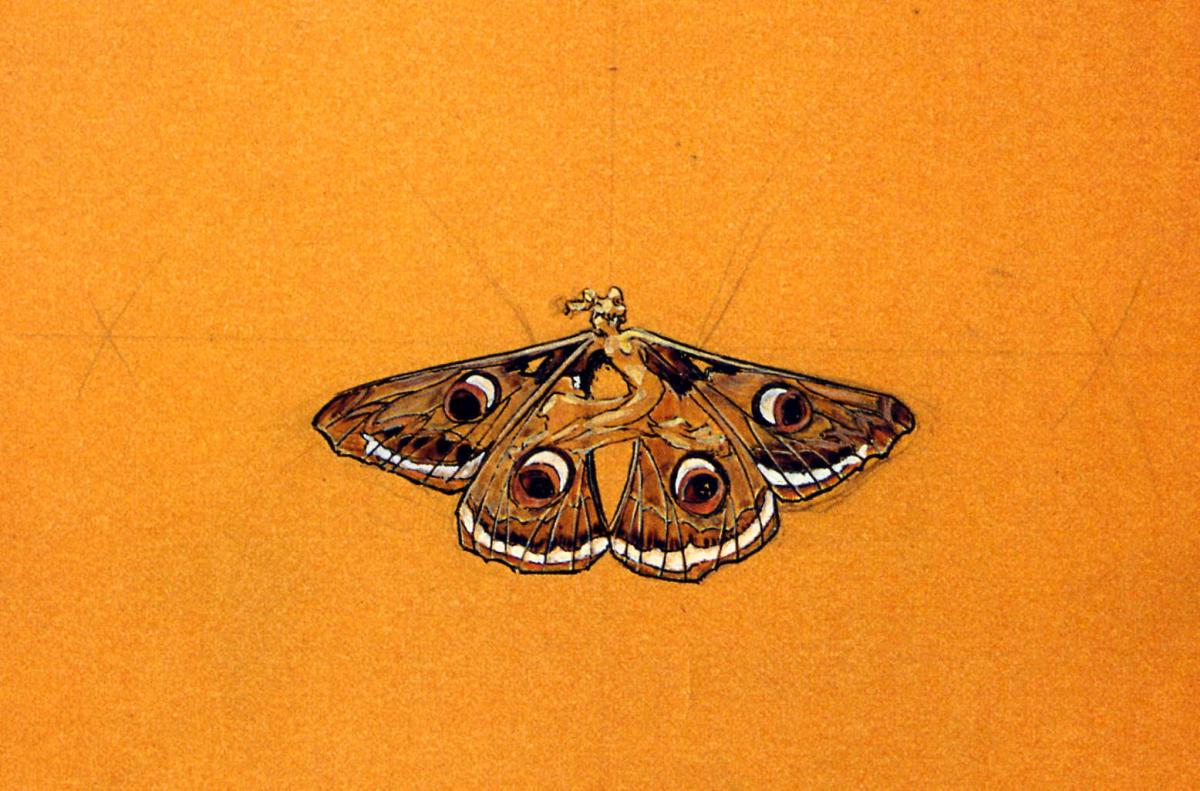