René Lalique had already begun using glass in his jewellery, but it was not until he bought his property at Clairefontaine in 1898 that it became such a major material in his work. He installed a glass-making workshop at Clairefontaine, where he produced the glass elements for the door of his private mansion on Cours-la-Reine, in Paris - and the motif on the glass was none other than pine tree branches!

Works such as this Pommes de Pin chalice represent a turning point in René Lalique's career. The silver framework served as the mould into which the opalescent glass was blown, so that the two materials end up intricately embedded. This type of object is rare and precious - it is particularly technical due to the association of glass and metal during the fusion process.

By the way: Rare but not unique! Lalique produced a number of Pommes de Pin chalices, one of which is on show. 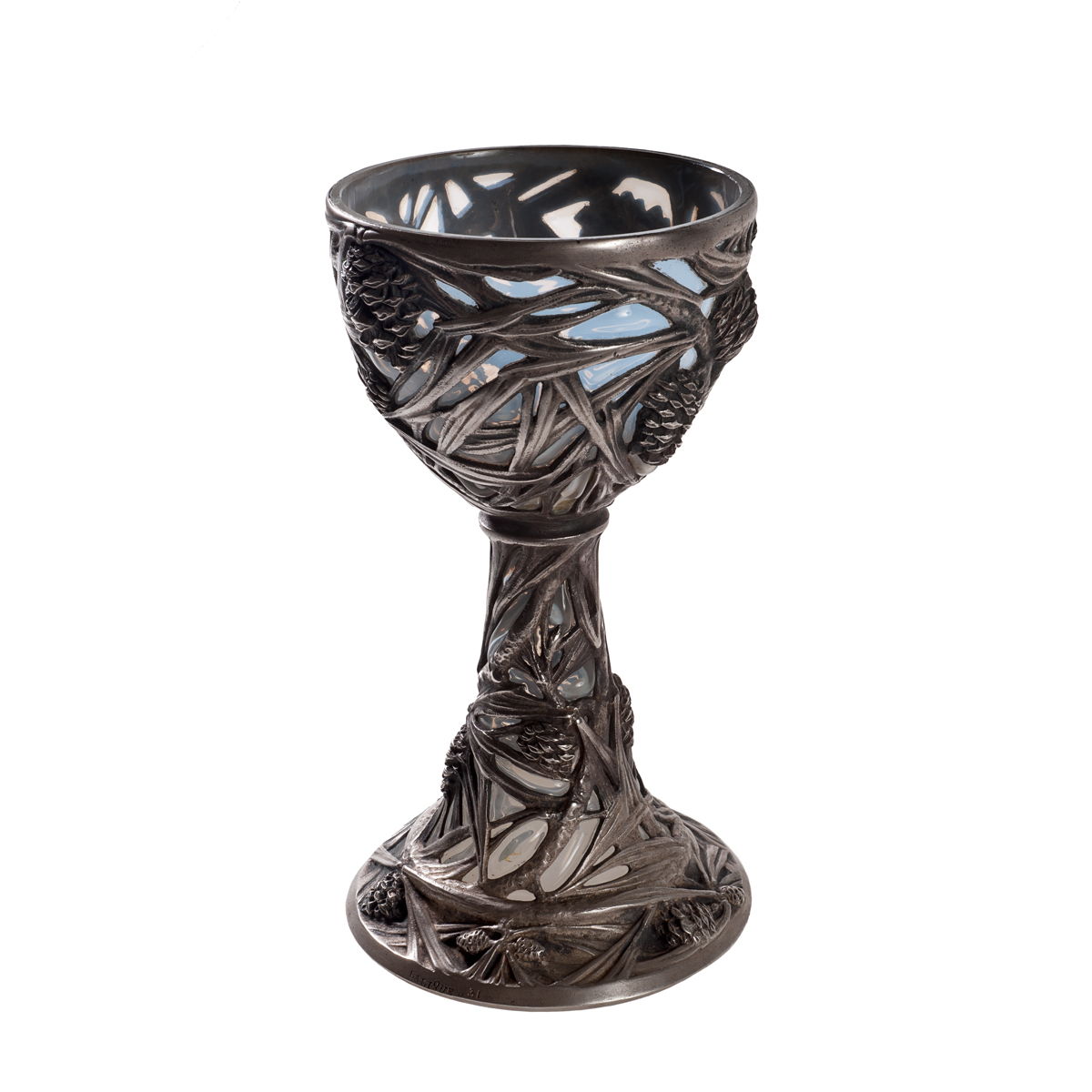