Along with the female figure, flora and fauna were René Lalique's favourite sources of inspiration. The winged creatures he chose to portray included such noble species as the peacock and the swan, but also humbler specimens such as beetles, wasps, butterflies and moths.

René Lalique chose the materials for his jewellery pieces to suit the required shape, independently of their more or less precious nature.

With its audacious marriage of materials, this piece is a tribute to the moth, generally seen as an indesirable creature of the night. Its diamond-studded gold setting forms a base for the bodies of the insects made of glass and translucent enamel.

By the way: This ornament could be fixed to the wearer's bodice thanks to the pin on the back, but its two rings indicate that it could also be worn as a pendant. 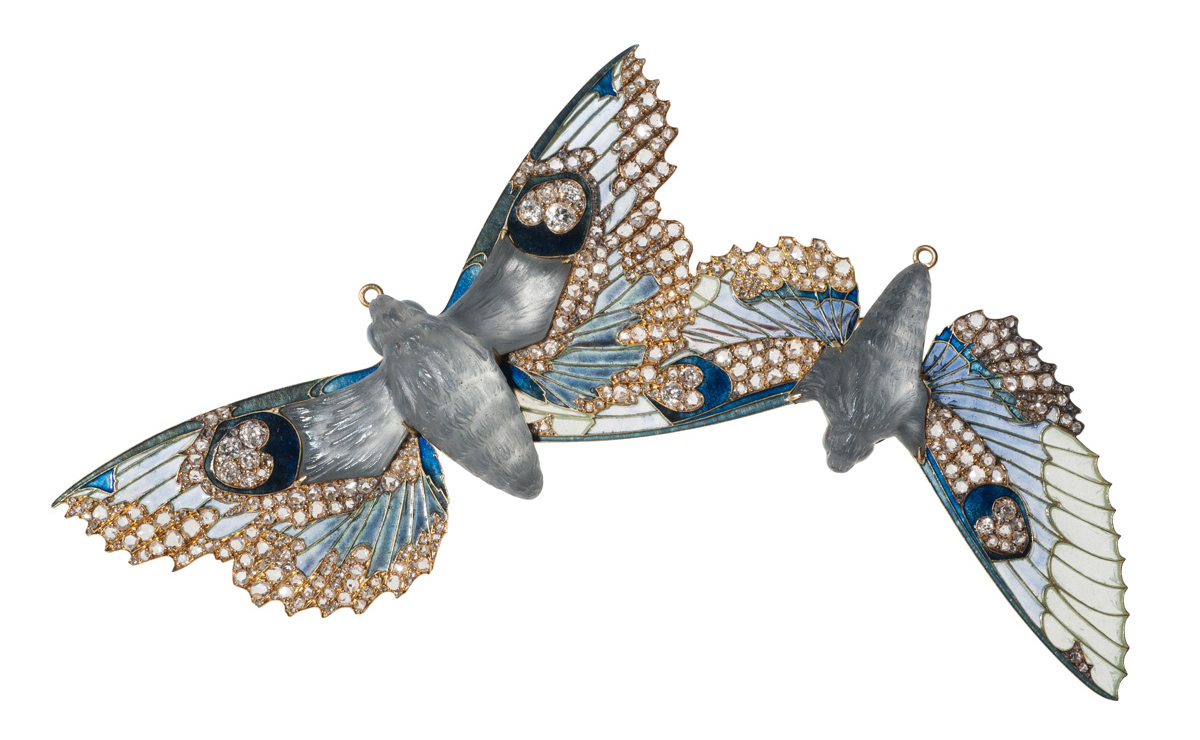