Between 1920 and 1939, René Lalique created numerous sets of glasses. Monogramme, created in 1924, could be personalised when the buyer ordered a minimum of a hundred glasses - his monogram would then be moulded into the stem, and enamelled in black.

The set had a total of seven items: a decanter, water glasses, specific glasses each for Burgundy, Bordeaux and Madeira, plus liqueur and champagne glasses. With such a number of items it was not difficult to reach an order of 100 glasses. The number of pieces also show how grand standards were in the well-to-do circles of the early 20th century.

Other services could also be personalised by engraving the customer's monogram on the bowl of the glass.

By the way: The monogram on these glasses is SH, for Suzanne Haviland, René Lalique's daughter, who took the name of her husband, Paul Burty-Haviland after their marriage in 1917. 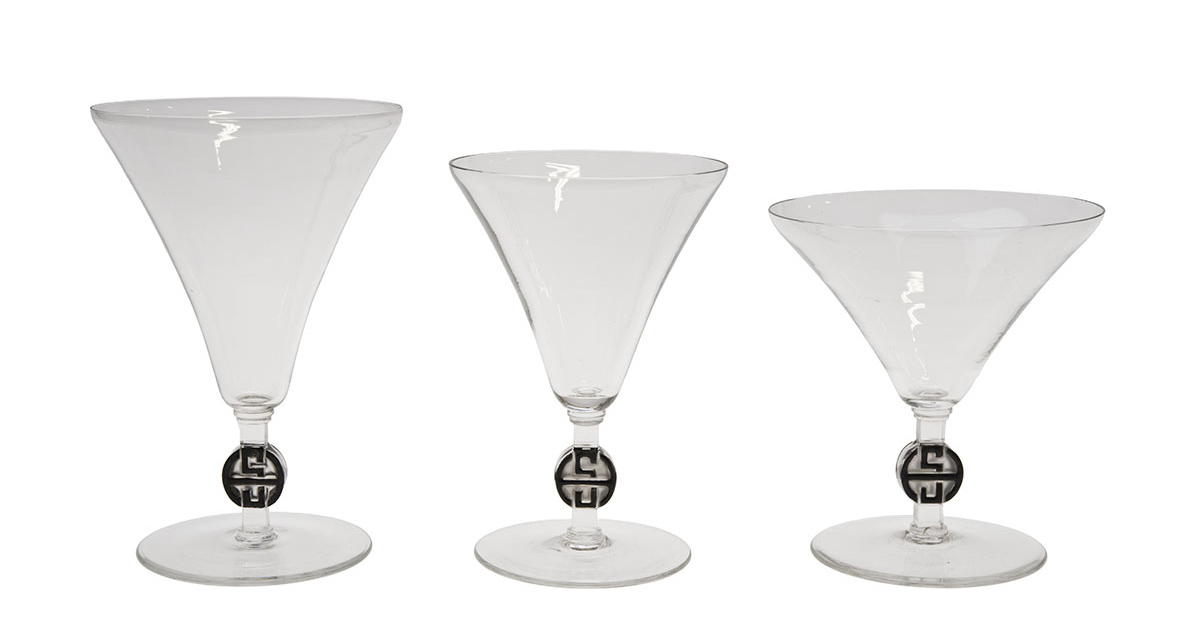