René Lalique produced some 300 different vase models in his lifetime. His Los Angeles vase created in 1936 is representative of the era's Art Déco fashion.

René Lalique named a number of his creations after cities of the world, and this was not his first tribute to the city of angels. In 1928 he had designed a perfume bottle for James Oviatt, manager of a Los Angeles department store. The Parfum des Anges perfume bottle was shaped like a bell, with two angels face to face, their wings forming an oval shape similar to that of the vase. Did René Lalique have the wings of these angels in mind when he designed this motif? Or was he inspired by the textured petals of a flower? To this day we have no way of knowing where the inspiration for this piece came from.

By the way: with its impressive 35cm in height, the vase is an imposing sight, and much lighter than it looks. 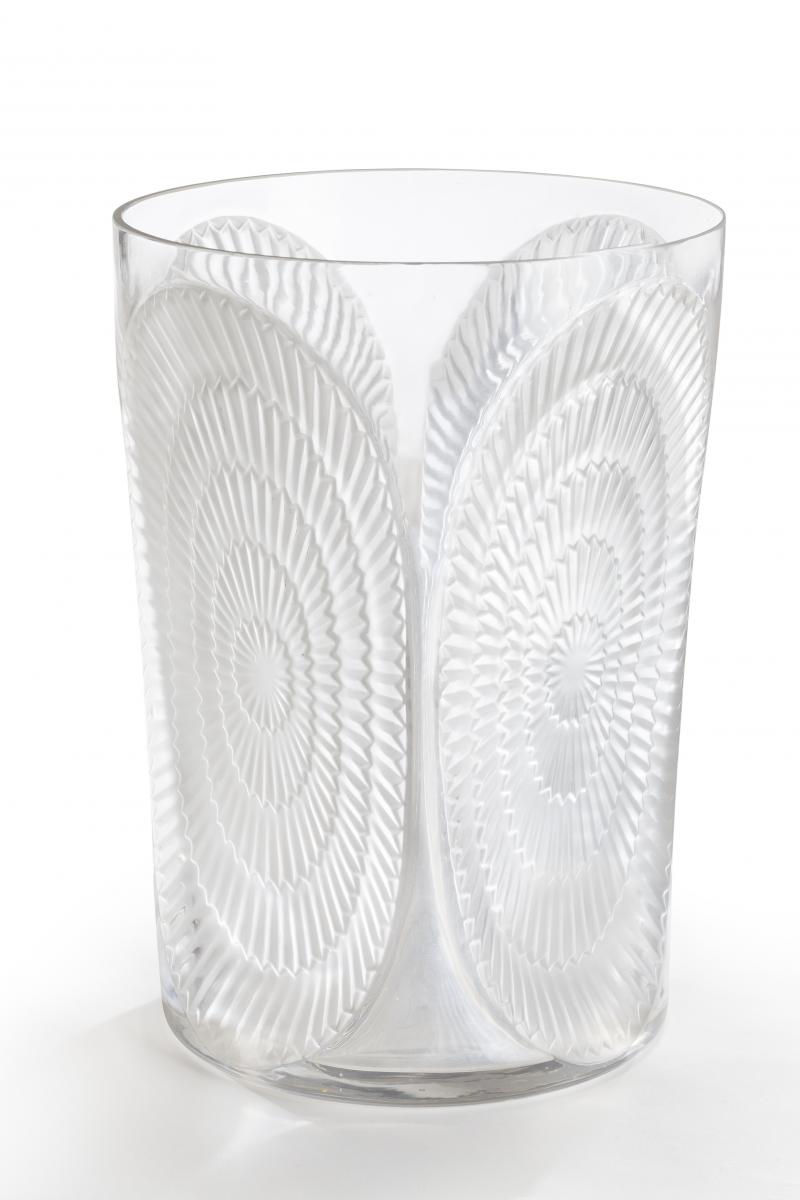