Preempted by the Lalique Museum when it went on sale in 2011, this life size model of the Côte d’Azur Pullman Express features creations by René Lalique and his daughter Suzanne. The mural decorations
are made of sycamore incrusted with bouquets of flowers using silver powder and pressed glass. There are at least five different types of bouquet, a sign of the close collaboration between the master
glassmaker of the Art Deco era and his daughter.
Suzanne’s was a highly versatile talent: she designed the upholstery fabric covering the René Prou armchairs and the beige carpet with brown motifs representing staggered rows of railway lines She also designed the table service produced by Théodore Haviland porcelain manufacturers in Limoges. The research she did on the Compagnie Internationale des Wagons-Lits’ monogram is a forerunner of her interpretation of the Compagnie Générale Transatlantique’s monogram a few years later.

By the way: The decorative panels created by Lalique for the Côte d’Azur Pullman Express were subsequently used in other luxury trains and were immortalised thanks to the cinema. It was in the sumptuous decor created by Lalique that Sidney Lumet shot Murder on the Orient Express in 1974. This fabulous film adaptation of Agatha Christie’s famous novel stars a panoply of incredible actors and actresses such as Lauren Bacall, Ingrid Bergmann, Jean-Pierre Cassel and Sean Connery. What better way to become a legend! 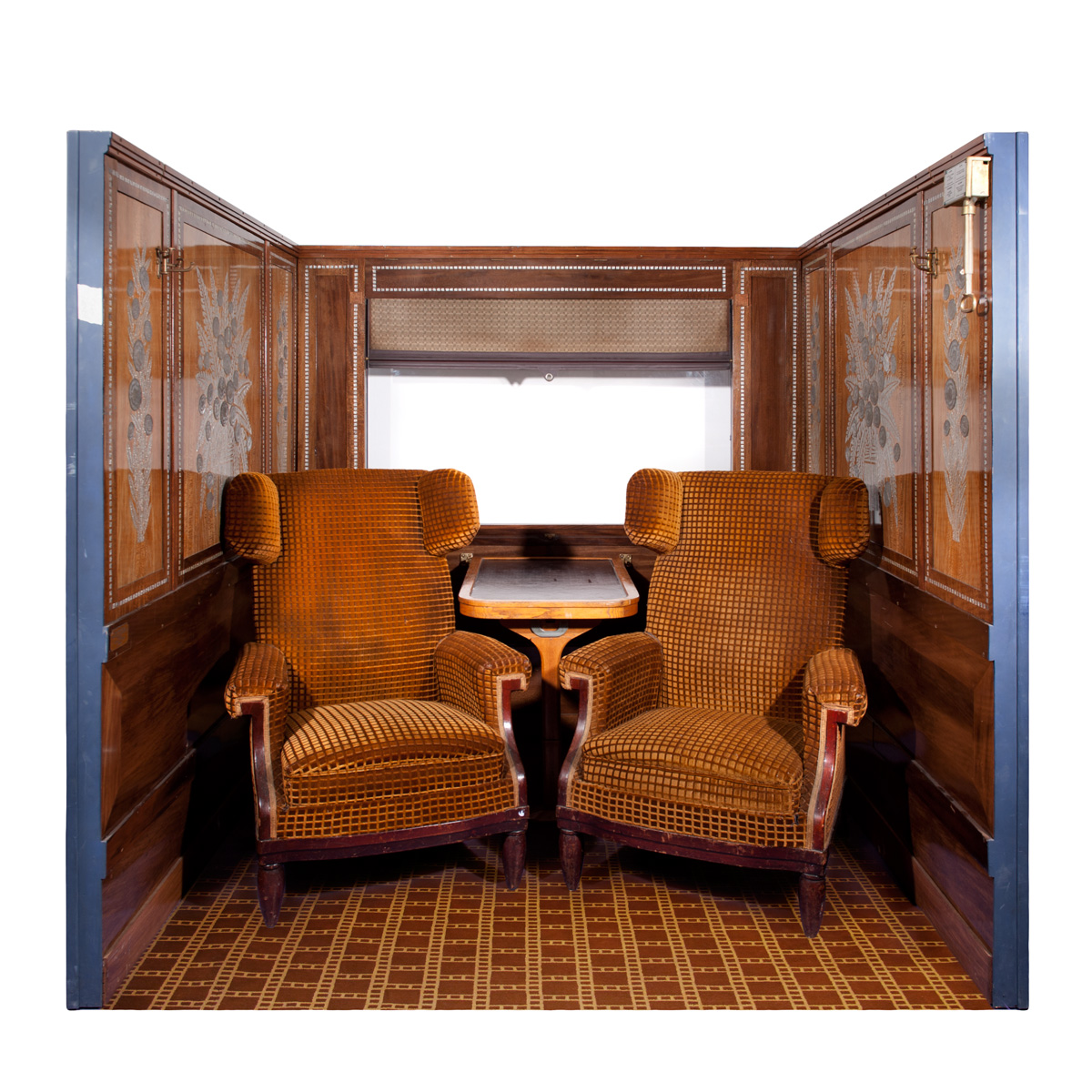