The International Exhibition of Modern Decorative and Industrial Arts held in Paris in 1925 marked the consecration of René Lalique's career as a master glassmaker.

He designed his personal pavilion and a monumental fountain, Les Sources de France, on the Esplanade des Invalides. He also co-designed the pavilion of the renowned French porcelain factory, the Manufacture de Sèvres as well as a 6-metre high perfume fountain made of pressed glass for the French part of the perfumery section located in the Grand Palais.

The exhibition's chief architect, Charles Plumet, commissioned René Lalique to build a gate for the Cour des Métiers. The framework was made of wrought iron by a French iron maker, L. Maison, while Lalique designed the glass panels. He produced three bas-reliefs featuring a potter, a weaver and a blacksmith for the upper section of the gate and two panels depicting glass blowers for the door wings. This panel, representing the glassmaking profession, was consequently made by a master glassmaker.

By the way: the Art Deco period lasted from 1910 to 1930. It was not named as such until the 1960s, the name being inspired by the Exhibition, which constituted the peak of the style's influence. 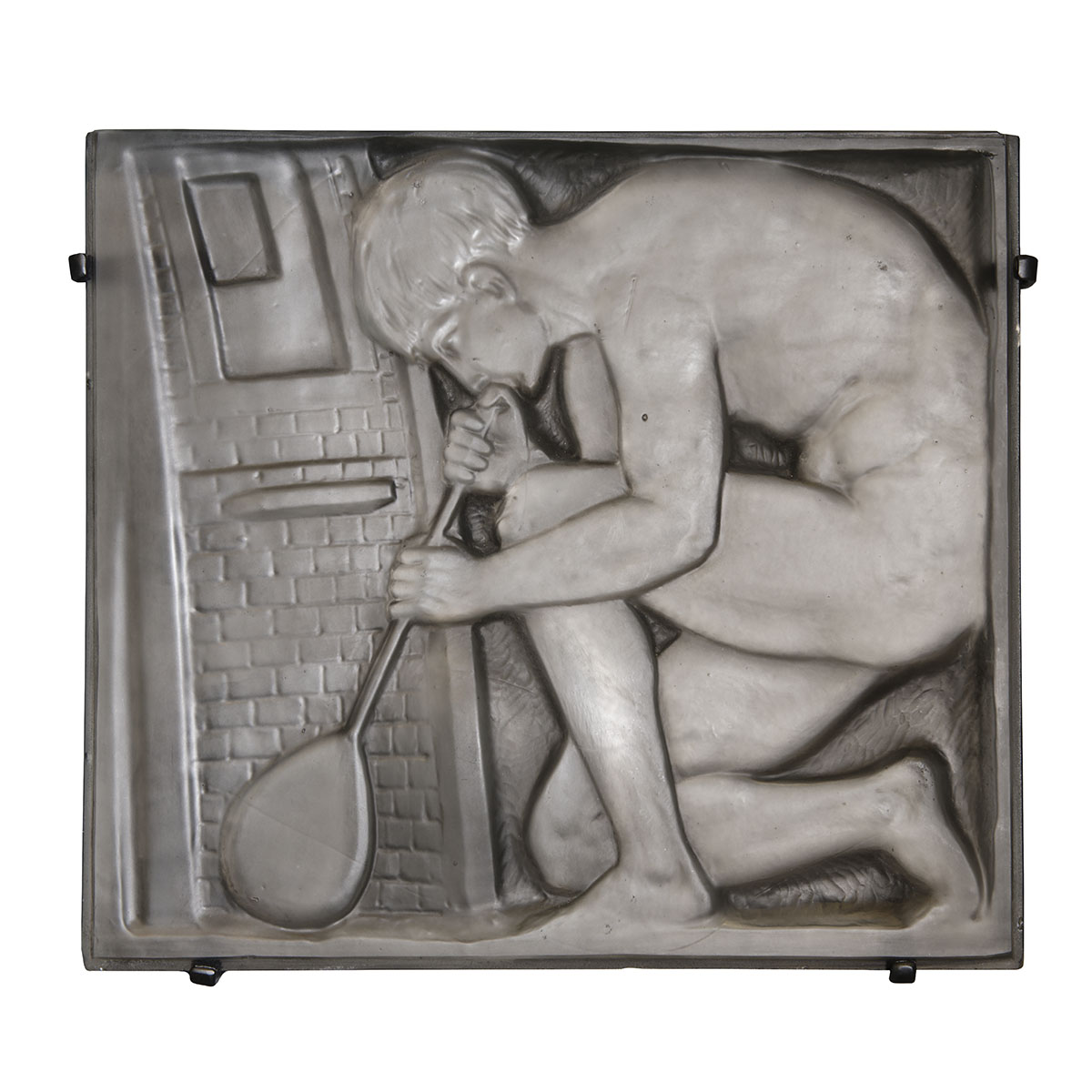