Zaha Hadid was a renowned Iraki-British architect whose major accomplishments include the Rosenthal Contemporary Art Centre in Cincinnati and the Canton Opera in China. She was the first woman to receive the Pritzker Prize in 2004, the equivalent of the Nobel Prize for Architecture. Her creations are a subtle mix of complexity and lightness, characterised by her signature shape: the curve.

Fontana is made of crystal, but with its wave motif on the surface the material looks as if it is in motion. Its imposing shape and finely detailed surface contrast with an impression of fluidity and lightness.

By the way: the piece uses the mould-blown technique and the hollow interior adds to the sensation of lightness. 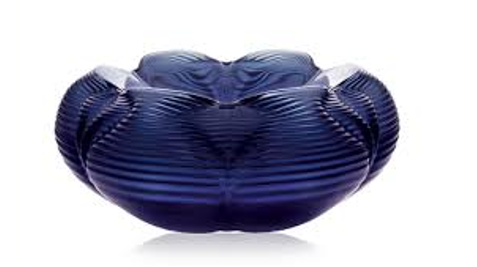