Born in 1860 in Aÿ-Champagne, René Lalique was to become one of the greatest names of his time, renowned both as a jeweller and a master glassmaker. His unique and instantly recognisable style was a major influence on the Art Nouveau and Art Deco movements.

In 1876 René Lalique took up an apprenticeship with a leading Parisian jeweller and goldsmith by the name of Louis Aucoc. He studied at the Ecole des Arts Décoratifs de Paris and spent two years in England, before becoming a freelance designer for jewellers such as Jacta, Boucheron, Cartier and Gariod. In 1885, he took over Jules Destapes’ atelier in Paris and became a full-fledged jeweller.

The inventor of modern jewellery

« To seek beauty is a more worthy aim than to display luxury. »

Horn, ivory, semi-precious stones, enamel and glass were among the materials that had been little used in jewellery before René Lalique began working with them. Lalique’s pendants, brooches and necklaces were to become the most representative examples of Art Nouveau jewellery, and Emile Gallé – the famous French glassmaker, ceramist and cabinetmaker - called him “the inventor of modern jewellery”.

Female figures, flora and fauna - the « 3Fs » - were René Lalique’s major sources of inspiration. He held the female form in the highest esteem, and nature had left an indelible mark on his creative imagination from the time spent with his maternal grandparents in the Champagne countryside.

The intellectual élite loved René Lalique’s avant-garde jewellery, and among his most famous clients were the actress Sarah Bernhardt and the oil magnate Calouste Gulbenkian. In 1900, René Lalique triumphed at the Exposition Universelle in Paris. The event marked the height of his career as a master jeweller, but such widespread success inevitably brought with it a wave of imitations, which Lalique did not take as a compliment!

René Lalique had begun to take a serious interest in glass, when in 1907 he met the famous perfumer François Coty. He began creating perfume bottles for specific perfumes both for Coty and other perfumers: for the first time in the history of the perfume industry, the recipient had a direct symbolic link with the contents. In 1913, René Lalique bought the Combs-la-Ville Glassworks, where he began focusing on techniques that allowed him to produce in large quantities, in order to reduce costs and make his creations more affordable to a wider population.

In 1921, René Lalique decided to build a new factory at Wingen-sur-Moder. He chose the Northern Vosges region, as he knew he would find skilled workers and would also benefit from the financial incentives the French government offered industrialists after the First World War. The Verrerie d’Alsace specialised particularly in tableware, designing and producing glass services that were exported all over the world.

A versatile and eclectic talent

René Lalique went on to apply his talents to other areas, one major example being the Sources de France (Springs of France) fountain he produced for the 1925 Exposition des Arts Décoratifs et Industriels Modernes, showing that he was in no way daunted by the monumental scale required for architectural creations. And in the 1920s, Lalique was particularly renowned for the radiator caps he designed and produced for cars.

An exceptional artist and astute industrialist, René Lalique took full advantage of everything his era offered in order to contribute to the success and renown of his business. He died on 1 May 1945, leaving an artistic heritage and a name that have lived on to this day. 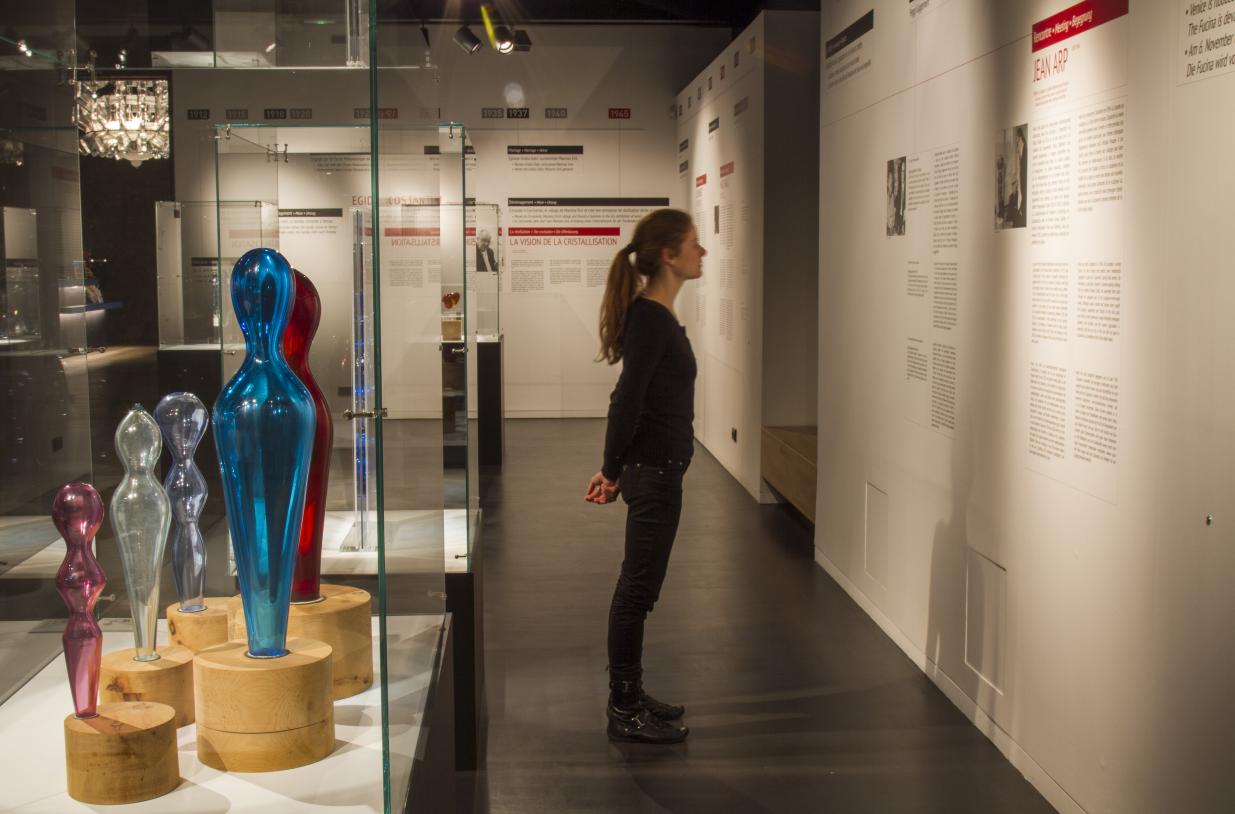 2013: Glass and the great masters of modern art 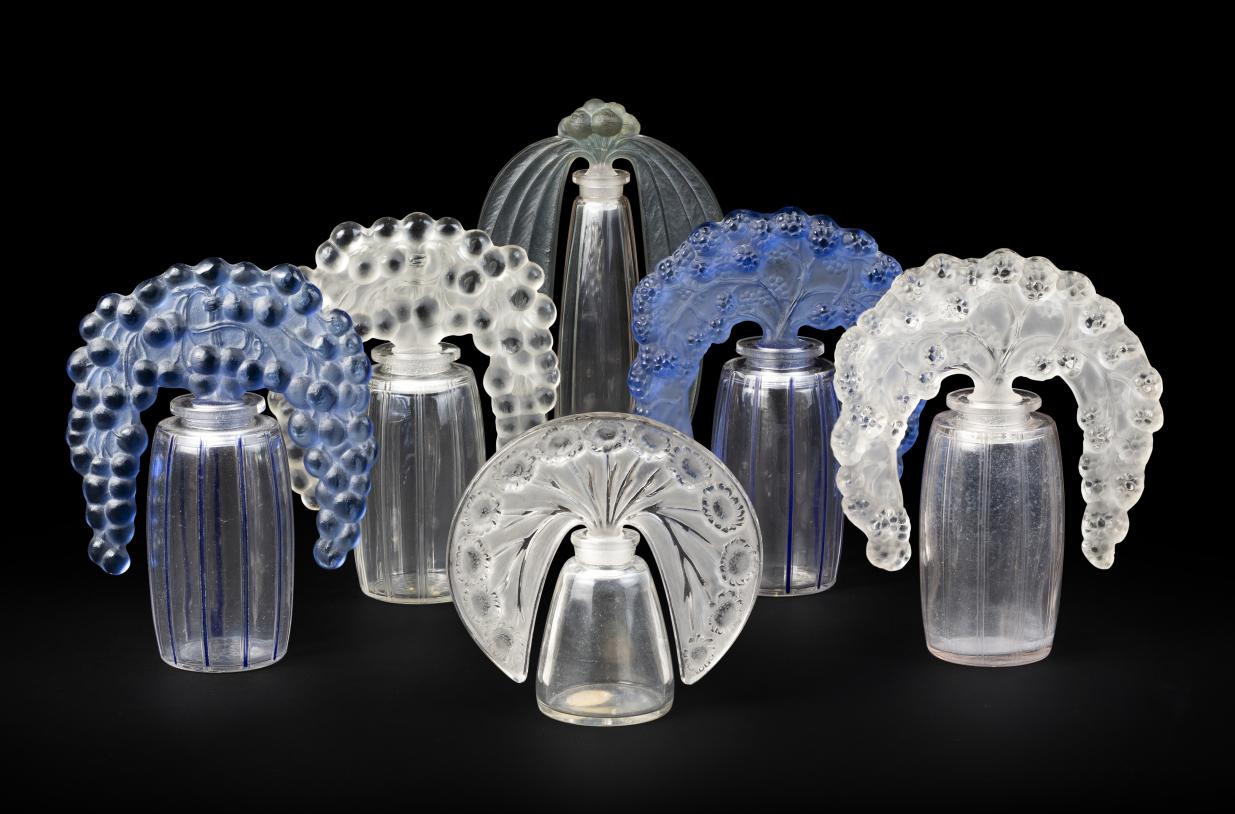 The invention of Modern Perfume