The Poseidon vase evokes life under the ocean. It uses a complex technique known as double injection or 2 shot moulding, making it possible to add motifs to an object.

The body of the vase is mould-blown and then put into a second mould. Coloured crystal in fusion is subsequently injected onto the parison, which is maintained at a high temperature. The pressure of the mould enables the two seahorse motifs to be fixed to the piece.

The result is a bicoloured vase that plays on the contrast between the transparency of the parison and the satin effect of the colored motifs. A greater variety of decorative effects and colours can be obtained than with the traditional moulding process. René Lalique used hot-melt bonding to add matter; his son, Marc, developed the injection technique for crystal.

By the way: as its name indicates, the vase was inspired by marine life and mythology – in Ancient Greece, seahorses were said to draw Poseidon’s chariot. Lalique SA thus remains faithful to René Lalique’s favourite sources of inspiration. 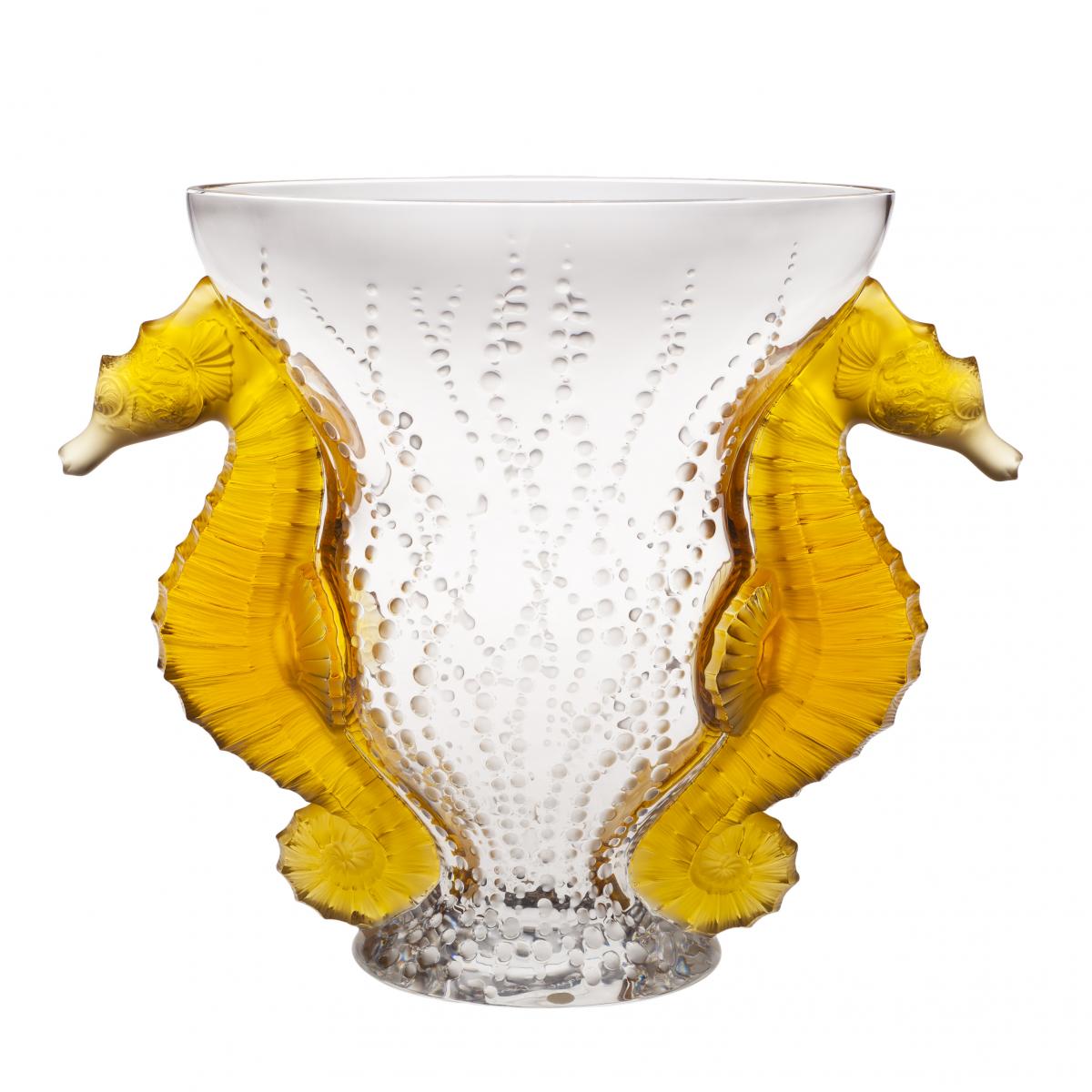