René Lalique’s interest in the world of perfume started in 1887. Henri Vever talks about Lalique working with « Harvey », probably meaning Harvey Nichols, a luxury London department store. He seems to have created « powder and soap boxes [and] bottles ». This was nonetheless a small undertaking, compared to the bottles produced on a much wider scale in the 1910s. La Sirène, produced in 1912, was probably designed to be marketed by René Lalique et Cie, but never actually went on sale until 1935, some twenty three years later, when Stéphane Burdin and André Baumann bought a set of La Sirène bottles for Les Parfums de Burmann (the company name was a combination of the names of the two founders).

There are two versions to the story behind the creation of the perfume itself. Either a « La Sirène » perfume existed before 1935, and by a lucky coincidence the company managed to acquire the bottles bearing the name of the fragrance. Alternately, the company may have purchased the bottles and then named the perfume after the motif they featured.

The themes René Lalique chose for his perfume bottles are reminiscent of his work as a jeweller. Mermaids and fish both feature in a number of his jewellery pieces.

By the way: this is one of the first bottles that uses the simultaneous pressed and mould-blown glass technique on which René Lalique put a patent in December 1911. 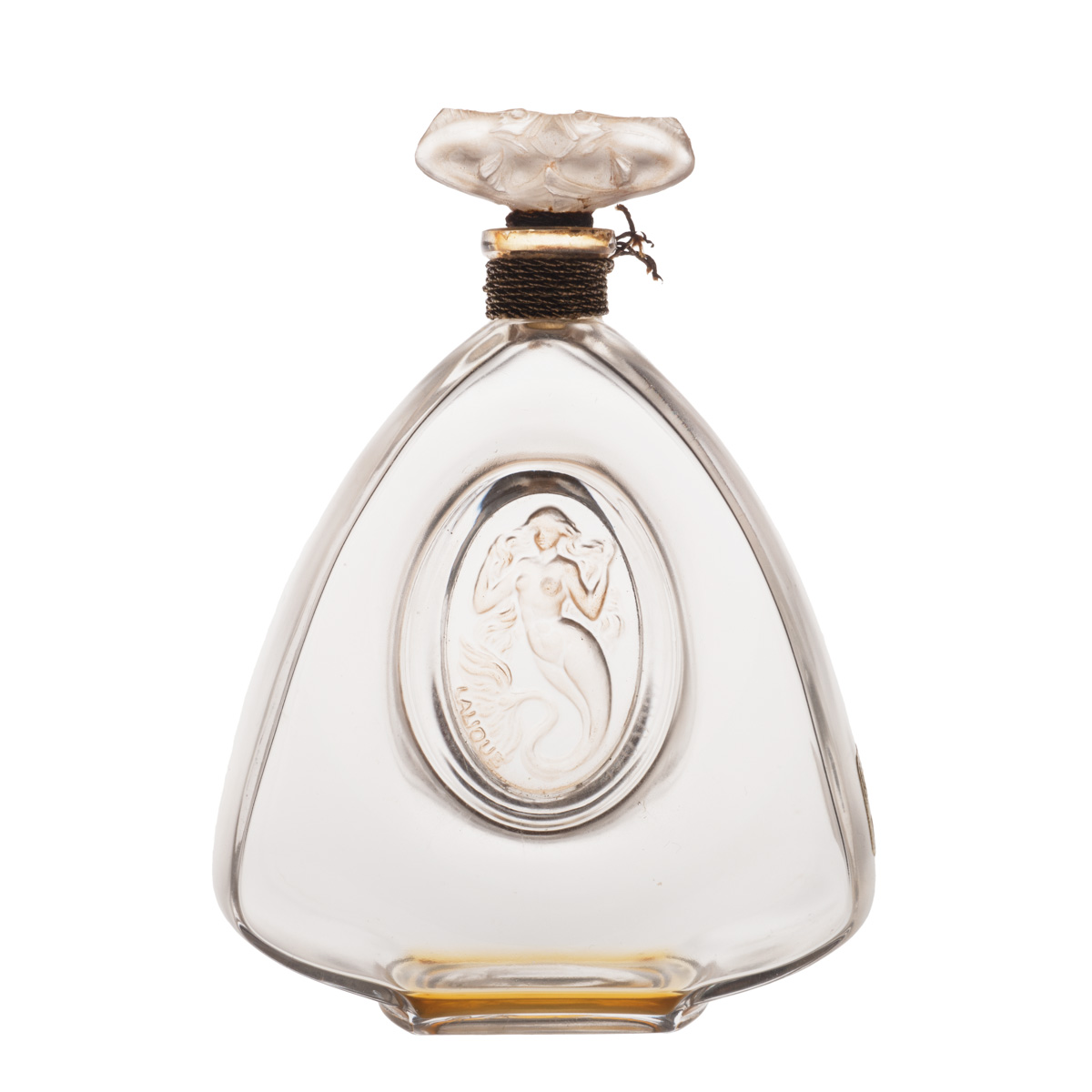