In 19th century Europe, Ancient Egypt was a subject of growing interest, fuelled notably by Napoleon Bonaparte’s Egyptian campaign between 1798 and 1801, which saw the discovery of a number of new archeological sites. This fascination was visible in all areas of the arts, not least in painting, the decorative arts and theatre - the famous tragedian, Sarah Bernhardt, played the most famous Egyptian queen in 1890 in Victorien Sardou’s production of Cleopatra. Sensitive to this wave of Egyptomania, René Lalique created a number of jewellery items, of which this brooch is an example.

Enamelling did not, however, originate in Egypt. René Lalique’s inspiration for the technique came from 16th century creations such as those of the Italian goldsmith and sculptor, Benvenuto Cellini. And enamel gained in popularity in 19th century France thanks to the arrival of Japanese art objects. The addition of metal oxides that produce a vitreous effect was a way of creating strong colour effects that René Lalique began to use in his jewellery creations. For this brooch, the artist explores the dialogue between enamel and the other materials, playing on the variety of colours the technique makes possible. The renowned French enameller, Eugène Feuillâtre, ran Lalique’s enamelling workshop between 1890 and 1897.

By the way: the association of female faces and floral elements is a recurrent theme in Lalique’s jewellery. Here, Cleopatra’s profile is enhanced with poppies whose centre is made of diamonds. 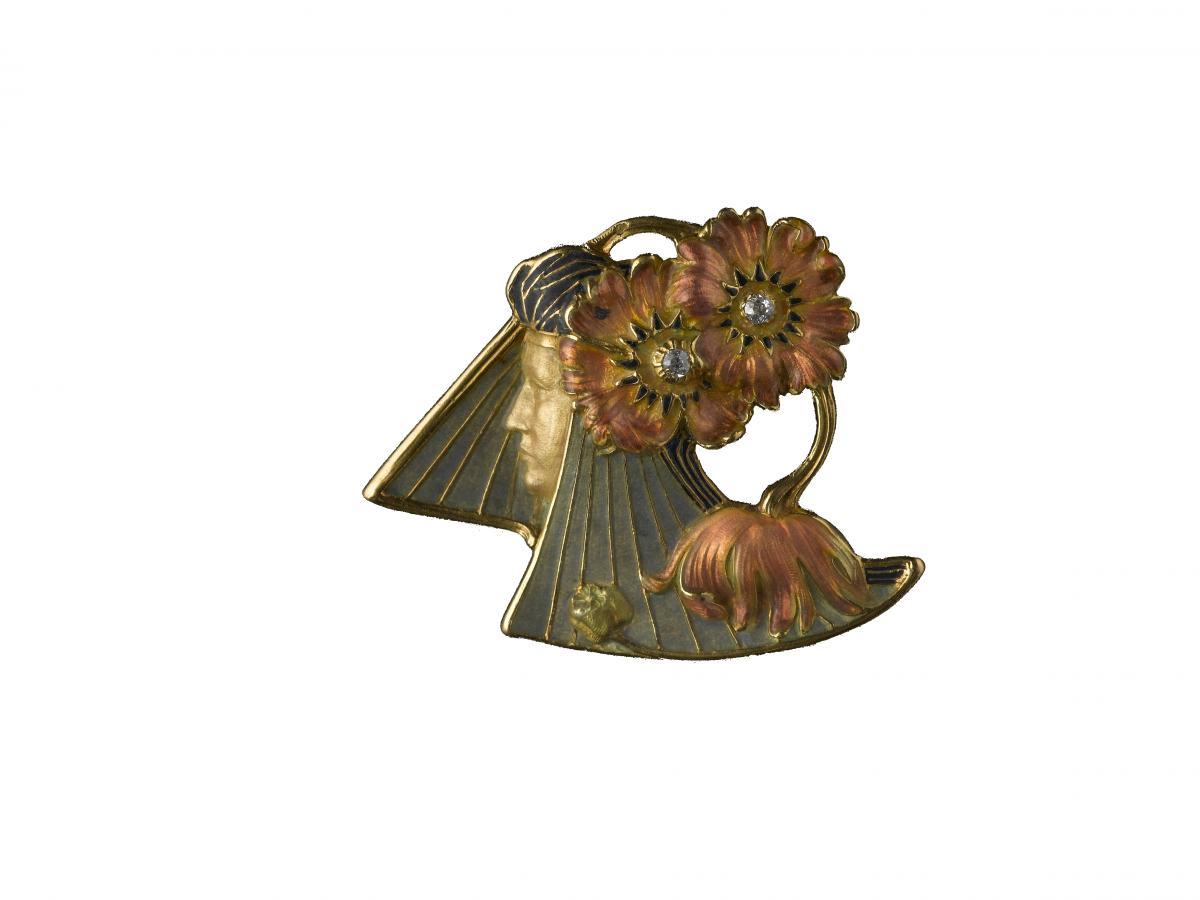