From the 1920s, René Lalique was commissioned to decorate a number of churches. In 1930 he produced several pieces for the chapel of Notre Dame de Fidélité in Douvres-la-Délivrande in Normandy, including a crucifix, three glass panels, an altarpiece, a communion table and a sanctuary lamp adorned with lilies. He also designed a tabernacle door featuring two doves that the Mother Superior refused on the grounds that it was too profane; in its place Lalique proposed a single dove with open wings, symbolising the Holy Spirit. 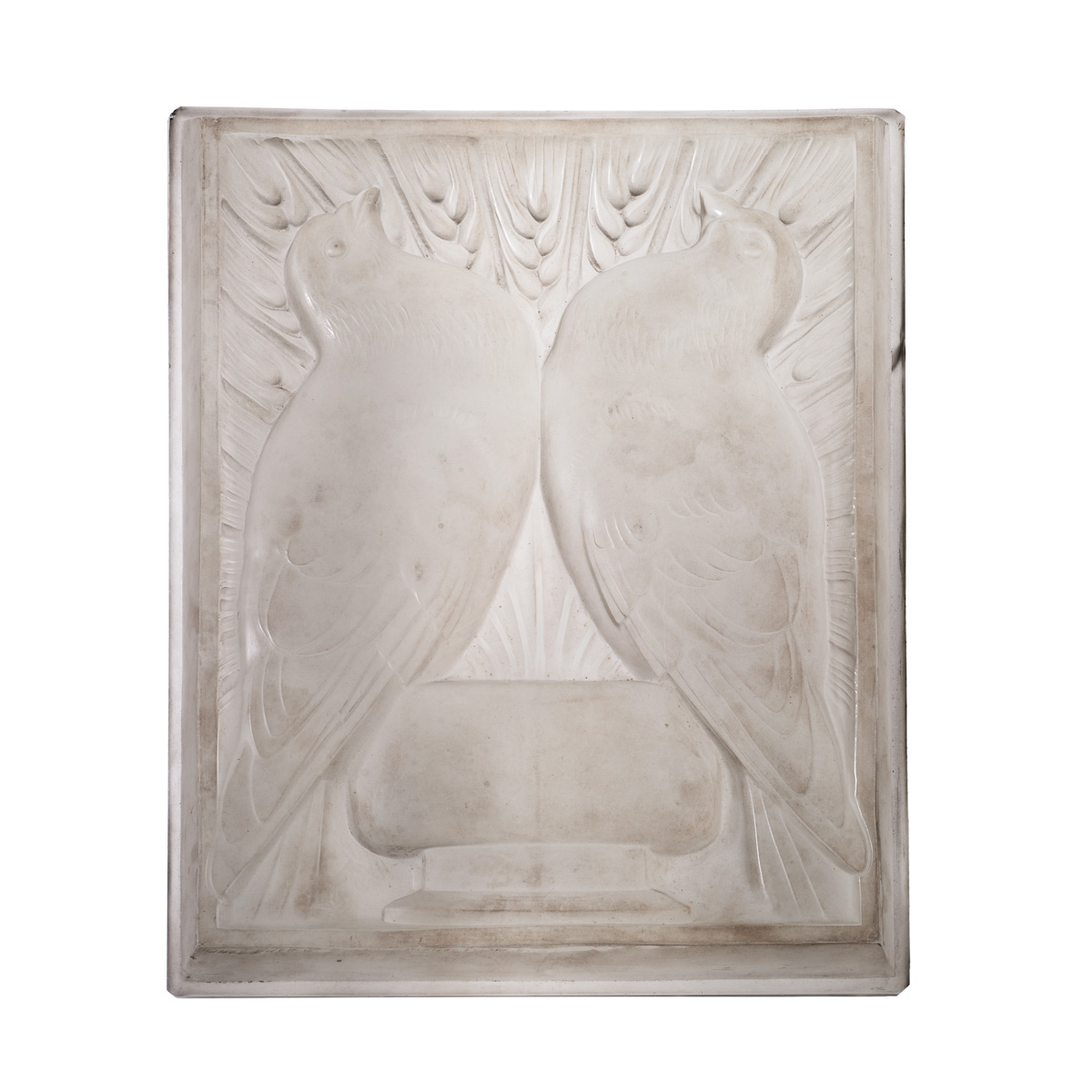