Women were both the object and the subject of René Lalique’s work. He designed jewellery, perfume bottles and various decorative objects for a female clientele; flower women and flower insects were the motifs for many of his jewellery pieces, while mermaids and naiads adorned vases and bowls. The Danaïdes were the fifty daughters of a figure of Greek mythology, King Danaus, who assassinated their husbands an on their wedding
night and were condemned to the endless task of attempting to fill a bottomless tub in Hell.

By the way: This opalescent glass vase is characteristic of Lalique’s work during this period. The opal featured among his favourite stones for jewellery, and when he began to work with glass he sought to achieve a similar effect with the play of light and reflections. 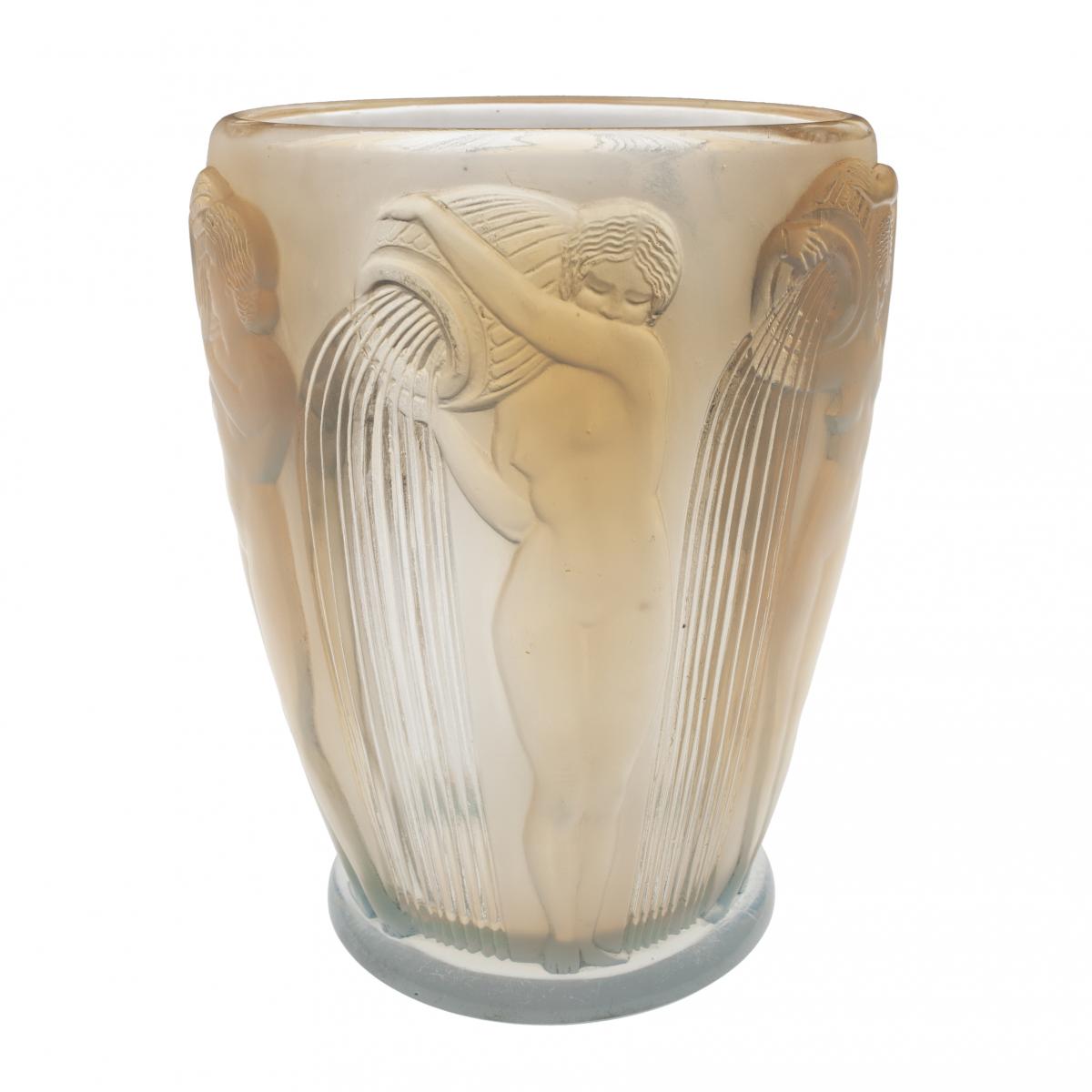