Certain pieces of Lalique tableware exist in various sizes - the Coquilles plates, for example, come in five different sizes ranging from 17 to 30.3cm diameter. The Coquille bowls range from 13 to 23.9cm, but there is also a larger basin-type model with a diameter of 30cm. The smaller plates can be used for dessert.

Water was a recurrent theme for Lalique, which he represented with a wide variety of realistic or stylised motifs including aquatic plants, marine divinities, fish and shells. The shells in the Coquilles series are particularly realistic due in part to the opalescent glass Lalique chose for its pearly white quality.

René Lalique began using opalescent glass in the early 1920s. The technique consists of adding lime phosphate and tin to the formula in addition to a succession of cooling and reheating stages that contribute to achieving the pearly opalescent effect. The additional components and stages in the production process explain the difference in price compared to ordinary white glass.

By the way: the Coquilles motif appears in many items, including ceiling and wall lights. 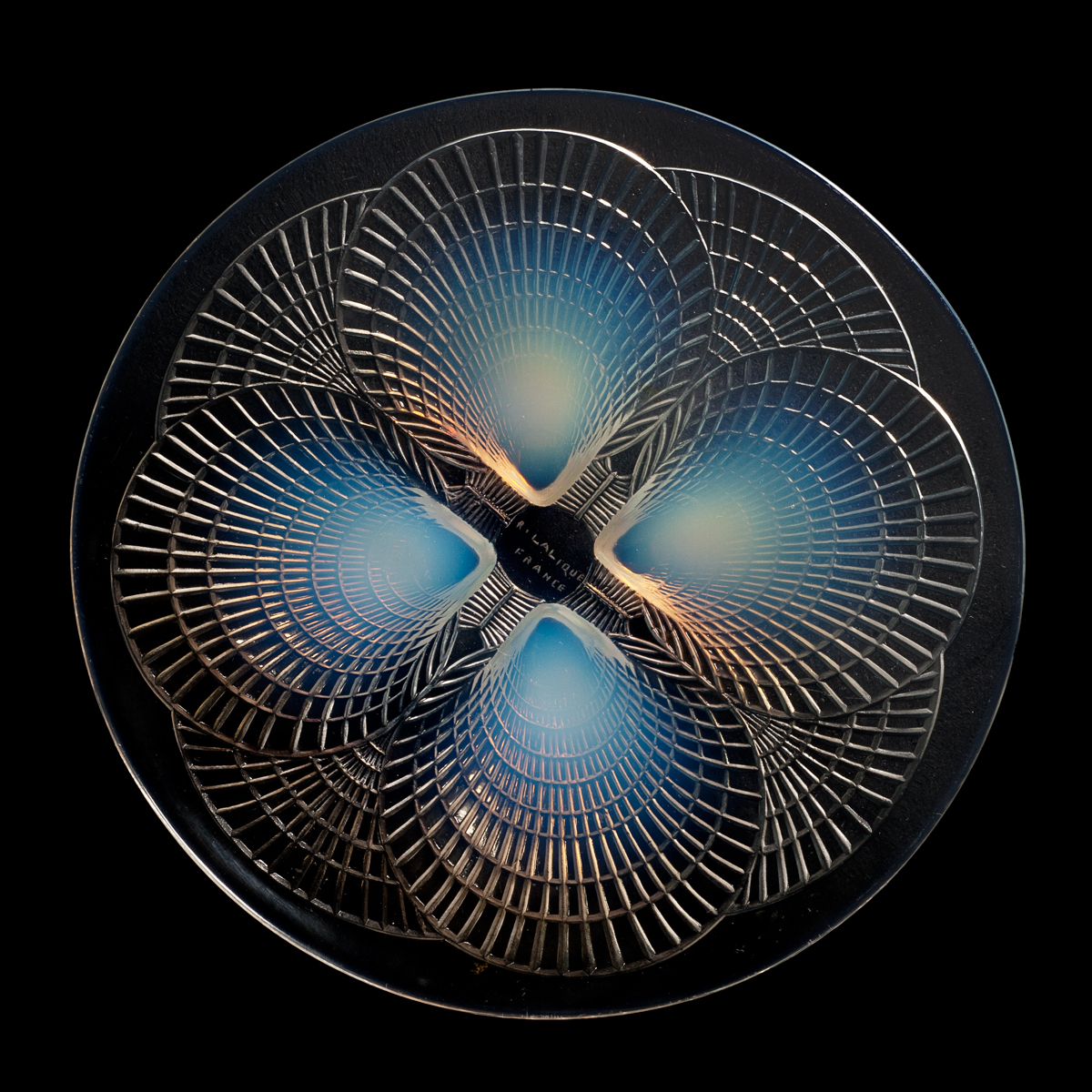