Among the innovative new possibililties René Lalique opened up was the association of materials that had previously been little used and considered of minor interest by jewellers - such as horn, ivory, enamel and glass - with gold and precious stones. Even after putting an end to his career as a jeweller, Lalique continued to design and produce glass jewellery using the mould-pressed technique that made it possible to produce in larger numbers, enhancing his creations with patina or enamel. The elements that make up his pendants, necklaces, bracelets, hat pins, cuff links, etc are either simply mounted on metal, or assembled with elastic or some form of trimming.

By the way: Lalique’s daughter, Suzanne Lalique-Haviland no doubt played a major role in these creations. 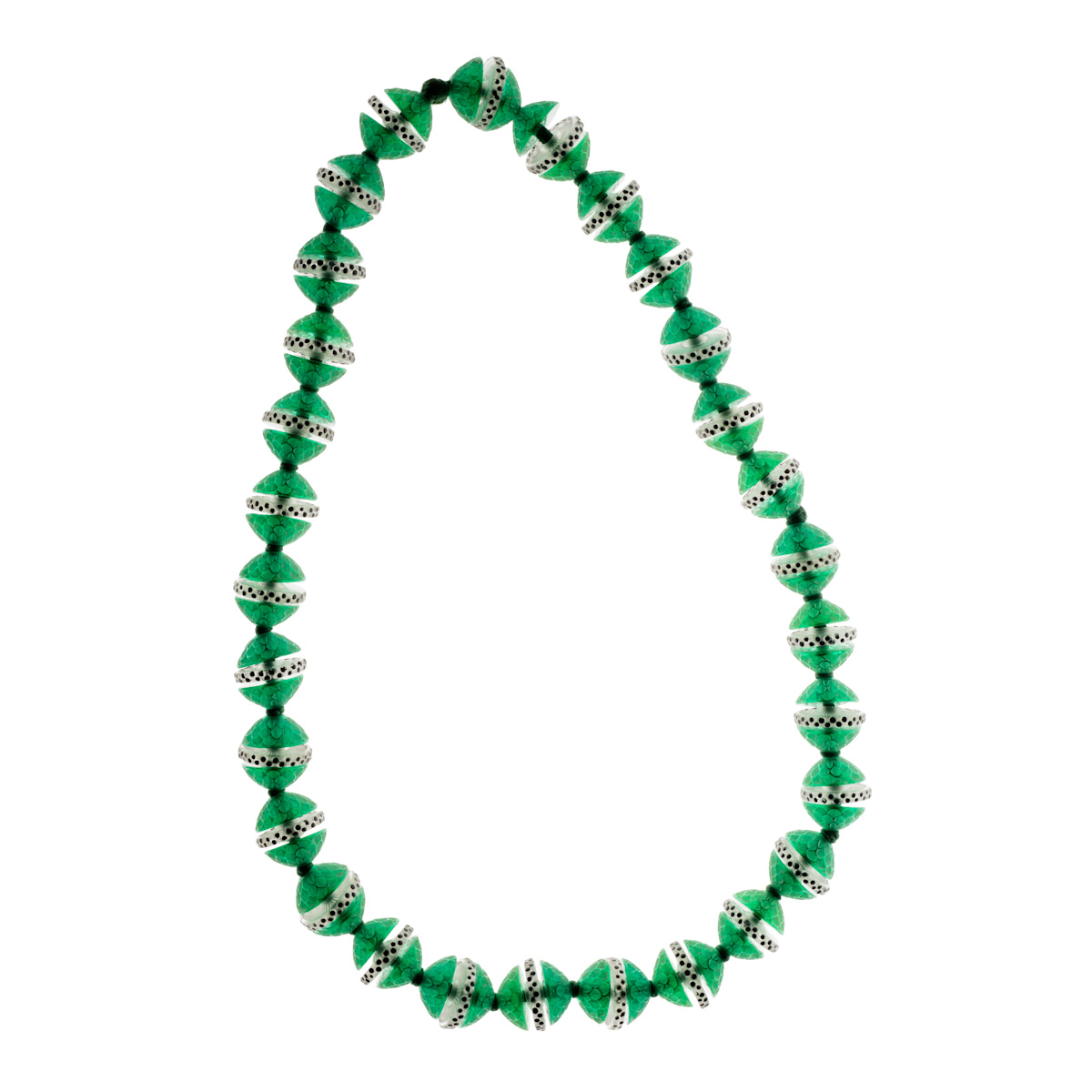