In 1938, the City of Paris presented King George VI of England and Queen Elizabeth with a dinner service by René Lalique. This centrepiece is part of the service, and represents a ship, the emblem of the French capital.

Lalique had already used the theme in an earlier Caravelle Centrepiece in 1931, but the model designed for the British sovereign featured seagulls that echoed the decor of the service's plates, glasses and candelabras.

By the way: The date indicated on the Centrepiece on show at the Lalique Museum is 29 June 1938; in reality the British sovereign's visit took place in July! Due to the death of Queen Elizabeth's mother, the official visit had to be postponed by several days. 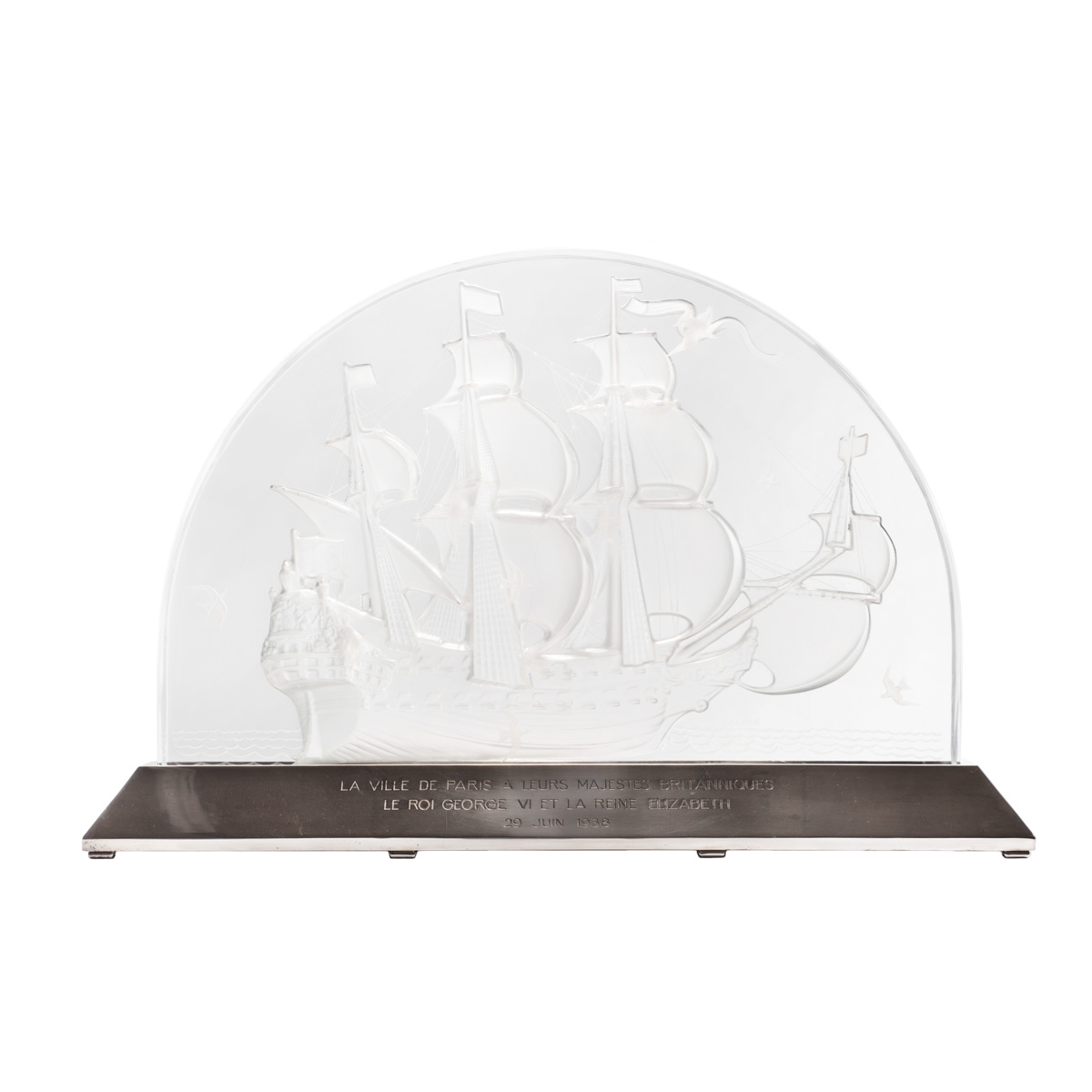