It was on her return from a trip to Africa that Marie-Claude Lalique enlarged the family bestiary with animals such as the lion and the panther. Bamara is the name of a town in the Central African Republic, and means lion in sango, the main language spoken in the country. Bamara ghia tè asa kuè means: the lion is the king of beasts.

The original was made of colourless crystal, but black and amber versions of the Bamara lion were produced later on.

Marie-Claude Lalique used the lion motif in other works, such as the Three Lionesses table (1992) and the Kora wall lights (1993). The king of beasts has lost nothing of his dazzling magic: in 2018, Lalique produced Lions, a sculpture that uses the lost wax technique, featuring a lion with his lioness and two cubs.

By the way: Marie-Claude Lalique launched the first Lalique perfumes in 1990. Did you know that a Lalique fragrance for men, The Lion, was introduced in 1997? 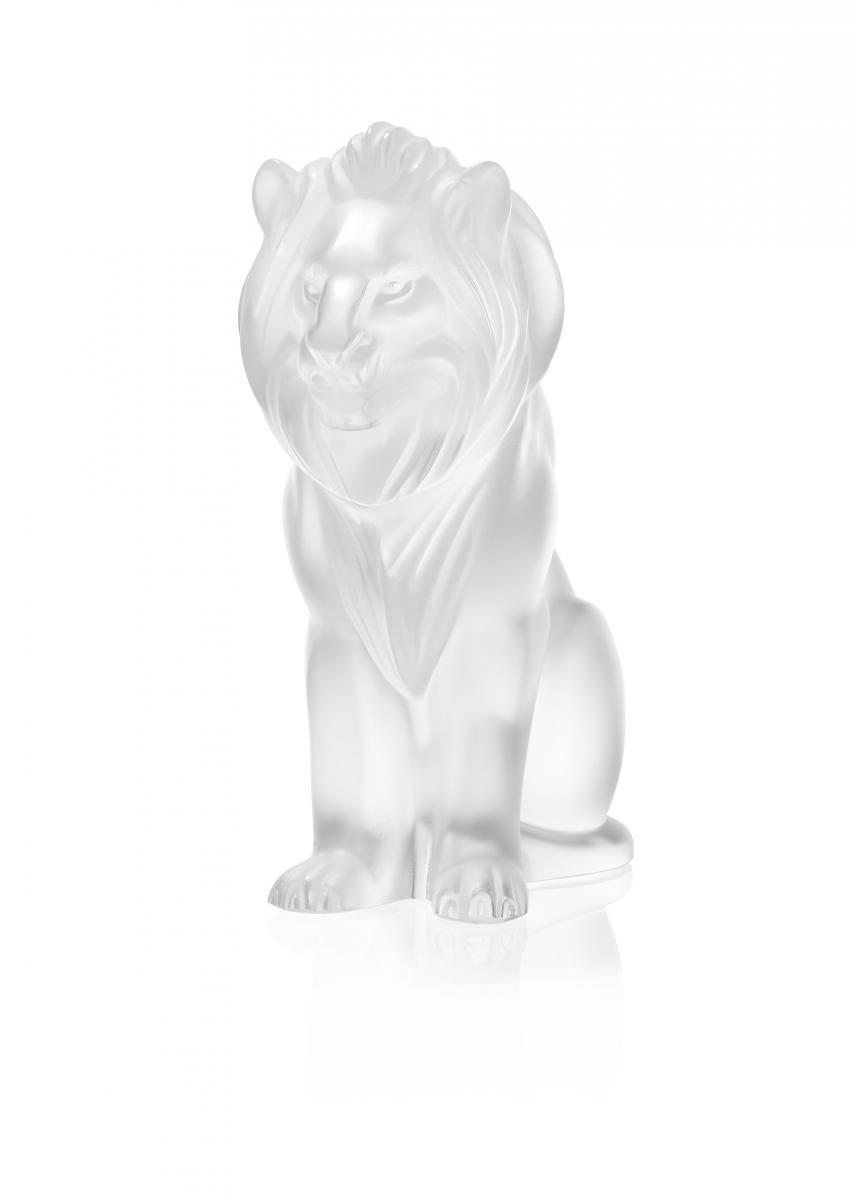