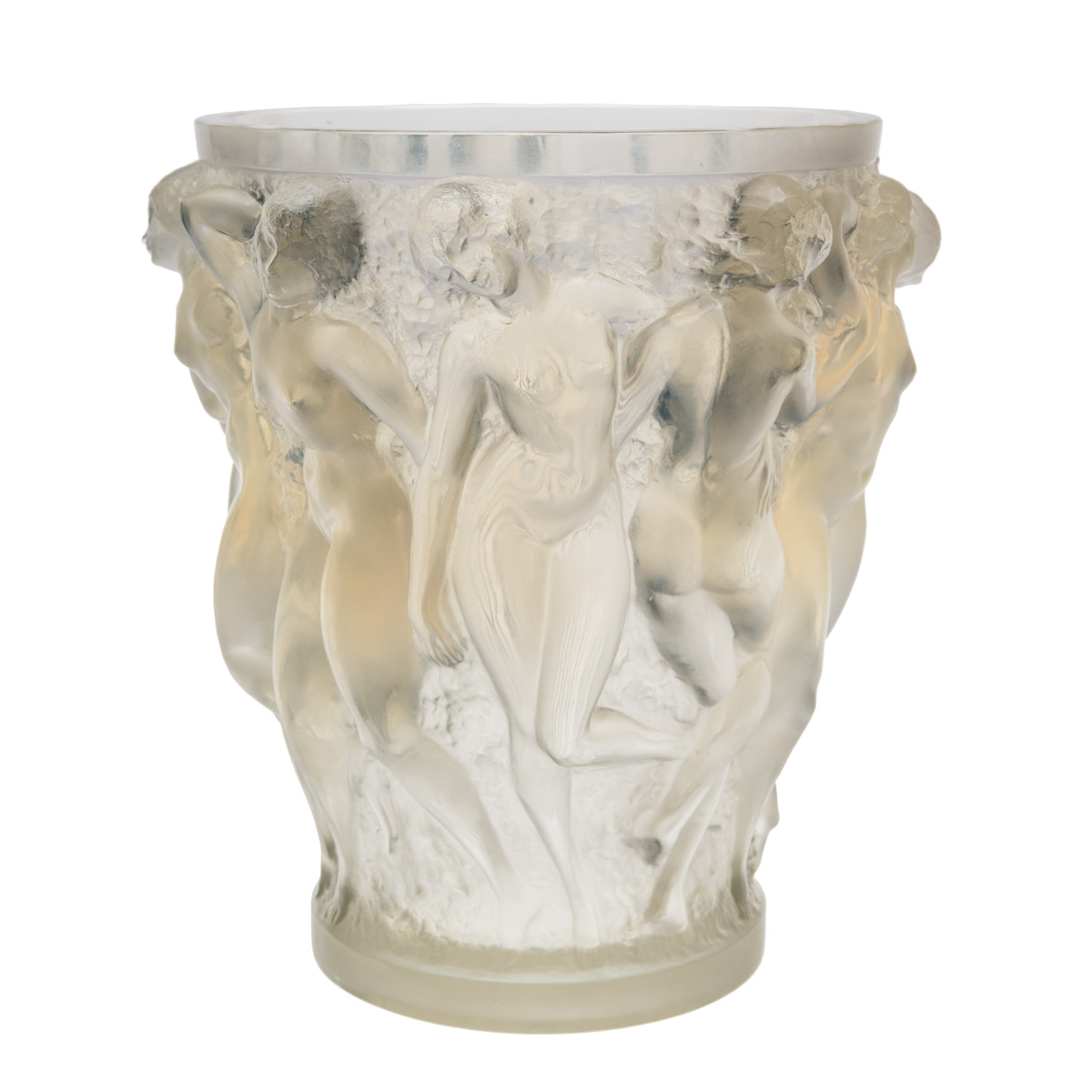 The Bacchantes is one of Lalique's most emblematic creations, one of the rare pieces that has featured in the catalogue from its origins in 1927 to the present day. Originally made of glass, since 1947 the vase has been made of crystal. In 2010, for the 150th anniversary of René Lalique's birth, a new version was produced called Révélation Bacchantes, set inside a cube of crystal.

The female form was one of René Lalique's most constant sources of inspiration throughout his career. The Bacchantes correspond to the Maenads of Greek mythology. The young priestesses of Bacchus - depicted naked in a bas-relief, performing a round dance to celebrate the god of wine, the vine and excess - exude a haunting aura of sensuality.

By the way: it takes around 30 hours to produce a Bacchantes vase! From the mould to the signed piece, you can touch as you explore the different stages in the vase's production, and view some short films explaining the process in the museum. 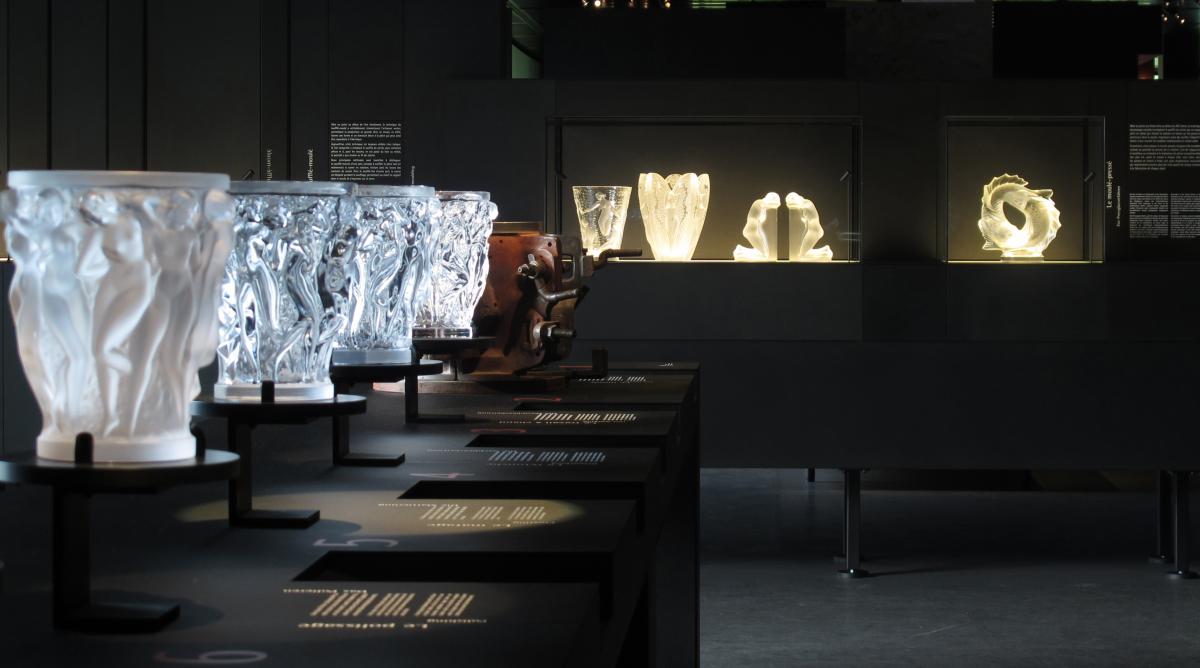